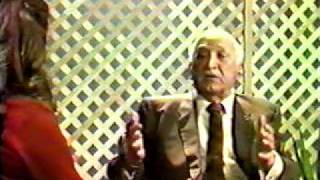 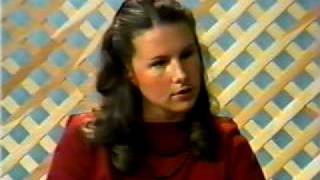 Posted on Dec 27, 2014
by cosmicgaia
in Judith Kusel, Twin Flame
Leave a Comment

I greet you on this the 24 December 2014, with all my heart, soul and Being and may your heart and soul be open to receive this message with great love.

For we are standing on the threshold of an immense change in the way life is going to lived as the New Age truly is not only dawning, but has been birthed. It is not something in the far distant anymore – it is here and now and with us every single breathing moment of the day and night. We are already LIVING it, whether we are conscious of this of not.

I have been called upon in the last few years to do Twin Flame Soul Readings, and I do believe that this has something to do with my own soul and what I have retrieve from the Ancient Memory banks, and from the what has been lost to mankind, with my Twin Flame in a lot of ways, the import of which will only truly reveal itself in the next years.

For I have been shown again last night, of how important the next ten years will be, in our whole human development, and nowhere will this be more felt than in the relationship areas. For the old way of relating will dissolve, as these old patterns, the way we behaved and lived since the fall of Atlantis, is leaving us now.

It is no accident that so many of us, have created patterns with our Twin Flames and those whom we had relationships with, that come back to haunt us in this lifetime.

Not all relationships were ever forged in love – some were forged in times where dowry agreements were considered more important than anything else, and women became bargaining tools for political and other alliances. It goes without saying that a lot of women were literally sold into slavery, into harems, as mere chattels, vessels to be used and discarded at will.

So, all of these relationships, then coming to haunt us, as has happened and will happen more and more in the next few years, as we have to heal deep inside of ourselves: – it is not only the women who have to find the deep love and forgiveness inside of themselves for the men who took away their dignity, their right to be the Goddess of their own bodies and their own lives, but also the men – for in that the old control mechanisms fall away, some kind of balance has to be reached, where we can relate at deep and profound soul level again and understand, that when we love at soul level, then the physical love has to manifest into form in the same way. For the soul is Divine in itself, and is innocent and pure. It can be no other in the sight of the Divine, who created the soul in perfection.

Mostly it is the deep shame and guilt that we all felt at some stage, when we incarnated onto planet earth. Most often we tended to be ashamed at what happened to us, whether we were responsible for what happened, or not. We tended to beat ourselves up for the rest of our lives, because we felt that should have had a better deal in life. Shame and guilt can be carried over, over many lifetimes, as the old negative patterns, the negative cords, attachments, and hooks that are there in our sexual area, and still keep us tied to those who entered there, even from lifetimes ago.

I believe that higher healing is now going to become the norm, as balance and sanity returns to mankind. For one moment, in Atlantis, insanity reigned – now sanity is returning and with it these deep soul wounds and scars will have to be cleaved open to the very core in order for us all to heal: – men and women.

We are all one and the same, whether we were the ones who abused their power, or who were abused …..

The true and deep lesson for the whole of humanity lies in the correct use of power – for all power at its core is neutral, it has no negative nor positive charges. It is what we do with the energy of power that has brought the destruction of mankind time and again.

We now will be forced to delve ever deeper into our relationships, not only with our Twin Flames, or other souls, but with ourselves and the Divine, we will be cleaved open to the very core. It means shedding skin after skin after skin – until there is just the naked soul in all its glory and innocence and in its true Son- and Daughtership of God and in the role of co-creator.

What is it that we wish to create with our relationships?

What is that we wish to create with our love for each other?

How is our love relationship going to serve the rest of humanity and the cosmos at large?

How are we both going to serve our highest soul purpose and calling, and still find that deep love for each other, and serve by loving each other in new and sacred ways?

How are we going to use the sexual fire for the greater good of all and in higher service?

It is what we do with these most powerful gifts that make or break us!

The Ancients knew this!

That is why one had to go through initiations, so that the inner strength, the inner fortitude, that inner soul self, could be trained to find that deep love inside themselves, in such a way, that that love would sustain them through life, no matter what life brought in both challenges and support. For once the soul was deeply anchored in the LOVE DIVINE, it would be able to deeply love itself, and when it deeply loved itself, it could then love the other, in the same measure as the love for self was there and the love for the Divine. The sacred Trinity!

For in any relationship there are not just two souls involved – there is the third force, and that third force is the governing force, the POWER itself.

For in true and deep union, there is a deep and profound honoring of the other. There is a deep and profound understanding that the Divine lives within that soul as it lives in the body, the mind, and spirit. With it a deep respect for the power of the sexual energy, for when it is used in the correct way, then egos have to get out of the way, and a sacred flame/fire is ignited, which will singe and burn and harm if not understood fully.

It was no accident that those men who truly had powerful life’s missions to fulfill always had a twin flame with whom to perform these ancient Sexual rites, because of the fire of the sacred flame – for the woman is the transmitter of this energy more than the man, and he can only step into his fullness of his own power and higher maturity of his mission, with her being empowered totally within. Read that again: SHE HAS TO BE TOTALLY EMPOWERED FROM DEEP WITHIN AND AT SOUL LEVEL.

With this is also no accident that true maturity, the true wisdom, and the true initiations were only considered to be fully activated at the age of 60!

Yes, 60, for then one was considered to have finally come of age, to understand the deeper Mystery and to use its power with responsibility. So all the other years were spent in initiations, so that one could then step into full power at the age of 60! If was also accident that when these sexual rites were performed within that maturity that the next fire was ignited – the fire of longevity! One literally could expand the life span, by finally understanding the deeper mystery of Twin Flame union – and all the energies involved.

It means that he stands in his full power – but this is not brute force, but it is tempered by love, deep and abiding love and a deep understanding of the Mystery of Love and Life to which even he most bow and bend to, and be flexible within.

It means that she stand in her full power – which is there in her womb, her sacred soul self, her emotional center. She has to fully empowered by the mystery of the Spirit and Soul, and all that is Love at its deepest mystery. She can only transmit the sacred fire via her womb, if she is firmly anchored into the Mystery of the Goddess herself, for she BECOMES the Goddess in the sexual act! If she is not thus empowered, she will go off kilter and then will withdraw from the male because she is not within the supreme balance of life itself!

See, then how much of this mankind has lost.

See, then how much we have to re-member and re-learn.

Only when we truly seek with all our hearts and soul to love another, as we love ourselves, and then the Divine above all, can we experience the very depth of the Mystery of the Sacred Fire itself.

Such is cosmic law.

If one does not honor cosmic law, one will reap what one has sown, and that is pain and suffering, and destruction.

Without that we cannot truly find a new and higher ways of loving each other, and finding that beautiful sacred union, that is the ultimate gift from God.

May 2015 bring this understanding to all who read this now.

This is an adventure and a deep unfolding in itself and only those who seek, truly seek with an honest and open heart, will find the keys and codes given to them to unlock the sacred fire.

Such is the importance of this time!