sharing.:::.▶ PRESSURE POINTS OF THE NECK (New) – JOURNEY TO THE MOTHERSHIP – PART XI – ASCENSION OF ARCTURUS 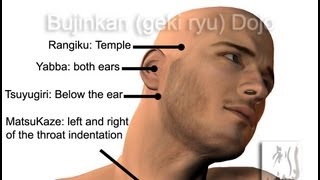 JOURNEY TO THE MOTHERSHIP – PART XI – ASCENSION OF ARCTURUS

Trip to the Mothership Part XI

The Ascension of Arcturus


Where we left off:

I was out of time, so I had no idea how long I traveled through the files of the Oversoul, but as I continued I became calmer and more detached from the passing realties. Then suddenly, a reality moved towards me like a beaming Sun. I could not float past it, even though I wanted to. There was unfinished business in the life that I had to complete in order to free my consciousness from some invisible burden.

Suddenly the “Sun” was before me and pulled me in with such force that I almost passed out. However, I reminded myself that I AM the Master of my MIND. This sentence opened a portal into a planet in chaos and I heard, “The Ascension of Arcturus.”
Mytre

MYTRE CONTINUES:
As the file of the Oversoul opened, it pulled me in to a scene from before all counting of time. At first, I could only hear words I did not understand and feel a sense of panic. Eventually, I regained my vision enough to see a scene before me that struck my heart as it reminded me of my Homeworld in the Pleiades.

Beings, who looked vaguely humanoid, were rushing around in a near state of panic. Something was happening to their planet that they could not understand. My first thought was, “How could these frightened beings be Arcturians?” An instant response, seemingly from the Oversoul was, “They are not still Arcturians. There are some among them who will remember to return to being Arcturian.”

The Oversoul then told me how formless Beings had come from a distant universe to visit the young Milky Way Galaxy. These Beings had never known form, nor had they every lived on a planet. The name of these Beings is impossible to translate into any sequential language, such as the one I am using to share my story. Therefore, I will call them “Pre-Arcturians”.

These Pre-Arcturians decided to have the experience of “Being a Planet,” since being an individual was far below their conception. For millions of cycles they attached their great consciousness to the orb and the atmosphere of a planet. Eventually, they desired the experience of having forms that could move around the planet.

They decided that in this manner they could have the different perspective of being ON the planet, rather than BEING the planet. For countless cycles of the planet, some of them lived within their somewhat humanoid forms. On the other hand, the Oneness held the form of the planet and its atmosphere, so that it could be protected and maintained.

Eventually, the planet lowered in frequency enough to have a vague relationship with time. With the new development of time, which was a unique experience for the Arcturian, things began to happen that were not initiated by the Arcturians who where the planetary holders of form.

Having less than infinite creative control of all reality was also a new adventure: therefore they surrendered to this next experience, never thinking that they could become lost in their own adventure. They had never known time, so they had no idea how it could create aging and decay.

At first, they thought that the aging and decay were merely changes. Hence, they embraced it. Too late, they realized that after many thousands of cycles of the turn of their planet, the humanoid encasements began to decay. Having never worn a form, this was quite a surprise to them.

Unique thoughts began to enter their consciousness such as separation, time and even age. At first these concepts which were previously unknown were exciting, they were so different from anything they had ever known. The truth is that they had become somewhat bored in their infinite, formless state of all-knowing and all-being.

In fact, some of them became so excited by this adventure that they scorned their innate beingness and judged those who remained in their pure, formless state. Judgment was an entirely unique concept, as well as a VERY dangerous idea. Before they knew it, they began to divide into those who judged and those who did not judge.

Those who did not judge remained in the higher frequencies of their new reality. On the other hand, those who judged began to shift their attention away from the unconditional love and unity with all Arcturians into a growing perception of separation from those who chose not to judge.

Judgment became an important tool for them, as it pulled them into a denser reality than they had ever recognized. This group began feel that they were better than the others because they were brave enough to enter into a novel version of reality that was unknown in their Universe.

They never saw the consequences of their judgment coming. In fact, the notion of consequences was unique to them. They had not identified that a thought could be separate from the whole. Hence, when some of them began to branch out from the concept of judgment into the concept of comparison, they were unprepared for the separation that occurred.

The problems escalated greatly when the separations between the holders of humanoid form began. At first, the energy patterns that connected all the humanoids were visible. However over the cycles of the spinning planet, the judgment expanded to encompass judgment of other Arcturians who had decided to create and to enter the humanoid form.

At first the judgment did not create separation, but when the connecting ethers became invisible the sense of separation began. The humanoid Arcturians did not realize that their resonance was steadily dropping, as it occurred very gradually. Therefore, they had “time” to unconsciously adapt to these versions of their new reality.

The Arcturians who remained in the atmosphere and the holders of planetary form, never left their Unity Consciousness. Therefore, they remained at a high frequency of resonance and were free of time, separation and the judgment that had created the lower frequency concepts and experiences.

These Arcturians tried to warn those who had chosen forms, but the humanoids were so enjoying their new adventure that they would not listen. In fact, the humanoids accused their formless family of being afraid to try a new kind of reality. “Afraid!” The formless Arcturians could not even understand that concept.

From their higher resonance they could not feel fear, but when they tried to bond with the formed ones they could feel the fear within the humanoids. Why were the humanoids afraid, they pondered? They finally realized that the fear was an end result of what had begun as judgment.

The formless Arcturians were learning a great deal from their humanoid family, but were unable to assist them. Helplessly, they watched as the formed ones became more and more separate. Finally the humanoids became individuals who were totally separated from their formless family, and separated from each other as well.

As changes went from positive to negative, because of the fear, some of the individuals began to remember their Arcturian family who had never taken humanoid form. Finally, the formless Arcturians could communicate with their family members who had become lost in their own judgment.