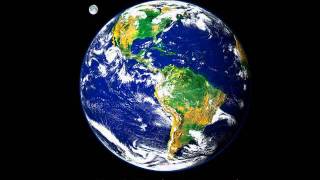 LEAVING BEHIND THE OLD ILLUSIONS AND FALSE TEACHINGS

TO MY HUMAN FAMILY!

How do we deal with the new frequencies that are introducing a new Consciousness to humanity? Are they teaching us to live from inside out? Yes, they do!

These frequencies of light that are covering now the planet, are changing us forever – if we are allowing them to enter us and release what stands in their way. While they raise our vibration, they also raise our Consciousness and light quotient, because light carries information.

Yes, the controllers are trying everything to prevent the light to enter our beloved planet, via geo-engineering the weather with poison in the stratosphere, hoping that the new frequencies cannot come through.

What is done within the limitation of a lower dimensional consciousness by beings who lack the Boundless Gift of Divine Creativity, Inspiration and Love – how can by such limited means the greater Forces of Conscious Light be prevented from breaking through to here!

If we connect from within with these Forces we can bypass any obstruction and harmful intentions and invite them into our lives.

Divine Consciousness is beyond the darkness of artificial creations intended to harm. It exists and functions prior and beyond space and time and density and contains them all!

So when we know that we ARE able to directly connect and unite with the new liberating frequencies, there is nothing that can stop us from growing in Consciousness.

These fountains of light are re-awakening us to what we already are, if we understand with our heart, and if we are willing to surrender to them in the right way, if we allow them to open the Chambers of our Divine Unlimited Self.

But if these new frequencies are merely being used by the striving ego, the separate self, – then the True Self that lives as the Heart, remains hidden behind the illusion of a world that teaches still the way from outside in.

What does this mean? Society believes that our Treasure is found somewhere outside there in the world. Therefore we have been taught by parents, teachers, schools and universities, and by every educational institution, with almost no exception, that we first need to take thingsin before we can become “somebody” and as such adapt the outer world to our desires.

A whole culture has been created and lived by the so called civilized world on these principles. Of course, there was a certain intention behind it: to split our consciousness and to divide and separate the wholeness of humanity. Now we think we must consume and control the many things to be whole again.

This fits perfectly the Big Companies who have diligently developed and prepared us for today’s insanity of consumerism, to keep humanity in an unconscious, exterior state of awareness and in poverty on all levels. While at the same time they prosper and multiply their Trillions further. But this is really the proof of their own poverty.

Poverty is primarily not about money, but about the absence or loss of the true Treasure of our Divine Self that is intentionally hidden from an overwhelming majority. Therefore most of us live from a deep rooted identification with lack, which then in turn is mirrored, if not by material poverty, by compulsive accumulation of things.

As such we have become locked up onto an artificial exterior identity of ourselves, that is like a closed container preventing abundant flow through our being, a flow that would naturally emerge from the Heart. Because it is the Substance of the Heart that creates the world we desire, from inside out.

If it is not naturally the Heart that creates our world – and it does not, just look how miserable our planet is – what then creates it?

It is the limited mind set, based on duality and lesser light, which lacks juice, joy and life force, as it is separated from our True Self. It is focused on hopefully getting from synthetic surroundings what our artificial self desires, such as safety and fulfillment with the means of separate things, while perpetuating our dilemma.

But we cannot add artificial and seemingly external things to the natural Fullness that we already are. It just does not take this stuff in. Rather the natural and divine flow of abundance from inside out is being blocked by our attempt to inhale the things that we perceive as separate from us.

If we look closely, this paradigm also controls the spiritual domain.

We are trying to get satisfaction by consuming spiritual things and practices, like workshops which promise enlightenment over a few months, if not just on a weekend, by adding techniques and new mind sets to our fake identity. The ego might be enchanted for a short while and imagine enlightenment, but soon it goes hunting again for a similar ego-fulfilling entertainment, under the delusion of true satisfaction.

However the ego will never get what it is looking for. It is like with the new shiny and attractive technology, that needs to be constantly exchanged for the newest products to keep us happily going.

The calamity is, that all of these toys even push us further away from ourselves, because we are mislead to think that we have really acquired the true jewel. And so we do not look further for the REAL.

Nothing is more misleading than the believe we are free, we are spiritual, when in truth we are slaves and have fallen for spiritual materialism. All this is part of the cheap disinformation and manipulation programs that are to keep humanity away from awakening.

The separate ego-I that seeks fulfillment will never attain true happiness. Because the ego-I is the very one that needs to be surrendered to the Divine Heart.

We have truly gained victory over the forces of delusion and control when we begin to comprehend the Divine Reality of our True Nature that is already Full, Radiant and lacks nothing, and brings forth all our desires into a new world to celebrate and share the joy of abundance, beauty and love.

Now the time has come for us to free ourselves from all the illusions of false identification, forced on us by those who do not love us. The New Light is already here to bring us Home, if we use It wisely.

Now is the time to start to jump, to jump onto the newly forming higher dimensional earth that is growing every day, gaining momentum.

This requires to leave behind the old illusions and false teachings. It requires courage and radical honesty with oneself.

This new earth is starting already to separate itself from the old paradigm. She invites all of us who are willing to discover the Heart and live from THERE, to come with Her, as She is emerging in and as the New Consciousness.

This New Consciousness is beyond 3dimensional imagination. It is a realm of a radical new Reality of Conscious Light, vibrating as a very high and powerful frequency.

There Is a powerful Call, and it is the Reality of the New Earth Who Is Calling. This is what I am experiencing.

Copyright© 2014. All rights reserved: Ute Posegga-Rudel, http://radiantlyhappy.blogspot.com Please post your comments on my blog so that I can be aware of them.
Please share this message only together with this information and without changes, including the title. If you have questions, please contact me via transformation33@gmail.com. Thank you.

Posted 2 hours ago by LUZ ZOHAR