Sharing.:::.▶ Anatomy Of The Extensor Muscles Of The Leg – FROM MARK´S CORNER | Equipoise.

Sharing.:::.▶ Anatomy Of The Extensor Muscles Of The Leg – FROM MARK´S CORNER 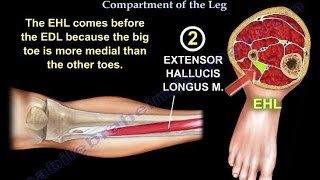 ▶ Anatomy Of The Extensor Muscles Of The Leg – Everything You Need To Know – Dr. Nabil Ebraheim – YouTube

The following presentation was given by Mark Kimmel at the Walk-In and Starseed SUMMIT on September 13, 2012 in Pagosa Springs, Colorado

STARSEED AWAKENING: My awakening as a Starseed took place in 1987. In 1996, I quite my involvement in the business world to devote full time to understanding, writing, and speaking about the larger reality. It has been a gradual process of learning who I am and why I am here at this time and place. There are additional layers of understanding unfolding daily.

ABIQUOR, “Center of Light,” is being created in southwest Colorado. It is a self-sustaining facility with teaching, residential, and conditioning spaces. It will be surrounded by gardens and farms to provide food for its many residents. All will operate in harmony and oneness.

Abiquor already exists in the 5thDimension, and will materialize on Earth after our shift to higher consciousness. As currently envisioned, it will be a teaching center for Caretakers. Utilizing the knowledge and experience of beings from other star systems, it will instruct Caretakers on new forms of organization, on news ways of leadership, and on ways to interact with off-planet beings. It will also instruct Caretakers to teach others around the planet. Additional aspects of Abiquor include cleansing of Earth’s environment and implementing new energies to replace fossil fuels. I am being told that its impact will be felt well beyond Earth.

SUMMARY:
Stand Tall – separate your inner knowing from the 3rd Dimension
Value your human body – Earth’s transformation requires human participation
Change others by your presence
Have compassion, both for yourself and for others