Posted 7 hours ago by ATMAN
Awakening with Suzanne Lie
Suzanne Lie, Ph.D., has been a seeker since she was a child where her active “imagination” took her deep into her inner life. She continues to regularly share her experiences and Arcturian teachings on her blog, Awakening with Suzanne Lie, and she wishes to help awakening ones come out of hiding and allow the glory of their highest expression of SELF into their everyday life.

2016, which is knocking at the door of our consciousness, feels VERY different than any year that I can remember. Therefore, I wanted to usher in 2016 with “The Ascension of Arcturus.”


Blessings to you all in the myriad ways that you celebrate our entry into the important year of 2016!

The Ascension of Arcturus – Part 1 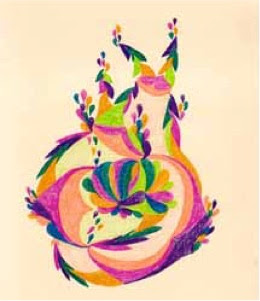 The Ascension of Arcturus – Part 1

From, “The Pleiadian Perspective on Ascension –
Book 2, Life on the Mothership.”
By Suzanne Lie


MYTRE SPEAKS:
As the file of the Oversoul opened, it pulled me into a scene from before all counting of time. At first, I could hear only words I did not understand and feel a sense of panic. Eventually, I regained my vision enough to see a scene before me that struck my heart as it reminded me of my Homeworld in the Pleiades.


Beings who looked vaguely humanoid were rushing around in a state of near panic. Something was happening to their planet that they could not understand. My first thought was, “How could these frightened beings be Arcturians?” An instant response, seemingly from the Oversoul was, “They are no longer Arcturians. There are some among them who will remember to return to being Arcturian.”


The Oversoul then told me how formless beings had come from a distant universe to visit the young Milky Way Galaxy. These beings had never known form, nor had they ever lived on a planet. The name of these beings is impossible to translate into any sequential language, such as the one I am using to share my story. Therefore, I will call them “Pre-Arcturians”.


These Pre-Arcturians decided to have the experience of “being a planet,” since being an individual was far below their conception. For millions of cycles, they attached their great consciousness to the orb and the atmosphere of a planet. Eventually, they desired the experience of having forms that could move around on the planet.


They decided that in this manner they could have the different perspective of being on the planet, rather than being the planet. For countless cycles of the planet, some of them lived within their somewhat humanoid forms. Throughout the course of these cycles, the Oneness held the form of the planet and its atmosphere, so that it could be protected and maintained.


Eventually, the planet lowered in frequency enough to have a vague relationship with time. With the new development of time, which was a unique experience for the Arcturians, things began to happen that were not initiated by the Arcturians who were the planetary holders of form.


Having less than infinite creative control of all reality was also a new adventure, and they surrendered to this next experience, never thinking that they could become lost in their own quest. They had never known time, so they had no idea how it could create aging and decay.


At first, they thought that the aging and decay were merely changes. Hence, they embraced it. Too late, after many thousands of cycles of the turn of their planet, they realized that the humanoid encasements began to decay. Having never worn a form, this was quite a surprise to them.


Unique thoughts began to enter their consciousness such as separation, time and even age. At first, these previously unknown concepts were exciting. This manner of thought was so different from anything they had ever known. The truth is that they had become somewhat bored in their infinite, formless state of all knowing and all being.


In fact, some of them became so excited by this adventure that they scorned their innate beingness and judged those who remained in their pure, formless state. Judgment was an entirely unique concept, as well as a very dangerous idea. Before they knew it, they began to divide into those who judged and those who did not judge.


Those who did not judge remained in the higher frequencies of their new reality. On the other hand, those who judged began to shift their attention away from the unconditional love and unity with all Arcturians and embraced a growing perception of separation from those who chose not to judge.


Judgment became an important tool for them, as it pulled them into a denser reality than they had ever recognized. This group began to feel that they were better than the others. After all, they were the brave ones. They were the ones who could enter into a novel version of reality, which was unknown in their universe.


They never saw the consequences of their judgment coming. In fact, the notion of consequences was unknown to them. They had not identified that a thought could be separate from the whole. Hence, when some of them began to branch out from the concept of judgment into the concept of comparison, they were unprepared for the separation that occurred.


The problems escalated greatly when the holders of humanoid form began to separate from each other. At first, the energy patterns that connected all the humanoids were visible. However, over the cycles of the spinning planet, the perception of the connecting energy field began to lessen.


Consequently, the separation between those in humanoid form increased, as did the judgment. The humanoid Arcturians did not realize that their resonance was steadily dropping, as it occurred very gradually. Furthermore, they had “time” to unconsciously adapt to these versions of their new reality.


The Arcturians who remained in the atmosphere and the holders of planetary form never left their unity consciousness. Therefore, they remained at a high frequency of resonance and were free of time, separation, and the judgment that had created the lower frequency concepts and experiences.


These Arcturians tried to warn those who had chosen forms, but the humanoids were so enjoying their new adventure that they would not listen. In fact, the humanoids accused their formless family of being afraid to try a new kind of reality. “Afraid?” The formless Arcturians could not even understand that concept.


Once fear was invited into the picture, the formless Arcturians could no longer unite with their family in humanoid form. Something blocked them from full unity. Was this something the concept of being afraid? Unable to intervene, the formless Arcturians gradually discovered that, indeed, fear was the barrier to their reunification with their family in form.


From their higher resonance they could not feel fear, but when they tried to bond with the formed ones they could feel the fear within the humanoids. Why were the humanoids afraid, they pondered? They finally realized that the fear was an end result of what had begun as judgment.


The growing fear made the situation go from what was once positive into something that had become very negative. Fortunately, some of the individuals found a new kind of courage—the courage to remember. As these brave humanoids allowed themselves to remember their roots, they remembered their Arcturian family who had never taken humanoid form.


Finally, the formless Arcturians could communicate with their family members who had become lost in their own judgment…To be continued.


“The Illusion of False Perfection”


“Perhaps you can help make that happen, my dear.” I am growing accustomed to Lady Astrea answering my thoughts. “Did it help you remember when you called for our help?”


“Oh, yes, dear Lady, it did very much. You are right. Now I can remember something of the other side. I woke up in my bed calling for help. I sat there very confused for a while, not knowing why I wanted help when, suddenly, I remembered. I remembered about the little ‘self’ and the High Self and all about dying to the world so I could have everlasting life. However, I thought it was a most unusual dream, and I vowed, for some unknown reason at the time, that I would fall asleep calling for your help to remember my dream.”


“Well, my love, patience is a thread that weaves a new life. Come now, it is your turn.”


Again I enter the circle. The Ladies smile a welcome as I enter, and I feel an overwhelming peace as they approach to remove another veil. As they do so, the voice of Lady Leto chimes inside my heart:


Know that this perfect relationship can only be possible when both of the partners have achieved their own individual ‘perfection.’ Strife and dissonance is something that is inherent in Earthly existence. The point of confusion lies in determining if one is living the balance between ‘denying the imperfection’ and ‘attending only to perfect aspects.’ This balance can only be attained if the one is able to free oneself of all ‘Illusion of False Perfection.”‘


However, if one is engulfed in the ‘Illusion of False Perfection,’ they will seek true love or true suffering. Their mental set for ‘perfection’ is then focused more on protecting their Illusion than seeing the truth. In this case, one’s aura will appear like a cloud in a brewing storm. There is a constant, restless movement that reflects the searching/non-searching dilemma when someone truly desires to perceive the ‘perfection’ about them, but their primary goal is really the protection of a fantasy. Therefore, there is no true search and, consequently, no true connection.


“One usually builds an ‘Illusion of False Perfection’ when one believes there is no real ‘perfection’ about them personally. Therefore, their lack of faith directs them to a world made not from faith in the highest self to seek out ‘perfection’ that may be masked by dissonance, but instead to build a field of fear around them which is impenetrable by others.


This fear is based upon their inherent lack of faith in the existence of any true ‘perfection’ and isolates them from others who desire to connect with them on a heart level. To connect with another through the heart bursts all illusion instantly.”


Mighty Apollo now speaks: “To release the fear of reality requires a great faith both in oneself and one’s God. To understand that hardships of life are merely the sets on a stage assists in this process. However, emotions tie one into the drama and make it difficult to understand the true realities of schoolroom Earth. Emotions are a language system and not an entity unto themselves. To understand the language of emotion allows one the tool to assist in understanding the truth.


“The ‘Illusion of False Perfection’ is bound to emotion; the presence of ‘perfection’ can lead to a feeling of euphoria, whereas the absence can lead to a sense of hopelessness and loss. All humanity strives to some degree to experience ‘perfection’ or, if not, they may build the illusion that it already exists for them. The search for ‘perfection’ is inherent in man and has been a boon to human evolution.


A million questions swim in my head as I leave the circle. Perhaps, I am looking for the “perfect” answer. “Yes, my one, do not attempt to understand all these words at once. You are communicating with very evolved beings and, just as you must reach to understand, they must stoop to speak with you. Allow their words to gradually become a part of you. Do not ‘effort’ in your process, but rather lovingly ‘accept.’”


Join us as we Journal our Way to New Earth

Check out my full Pleiadian Perspective on Ascension book series

Start the new year in an enlightened way by reading the full Pleiadian Perspective on Ascension series ~ beginning with Book 1.

Have you read the book already?

We a sharing reviews on Amazon!