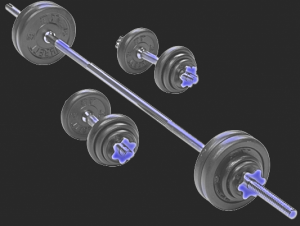 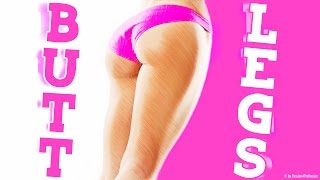 Trip to the Mothership Part XII 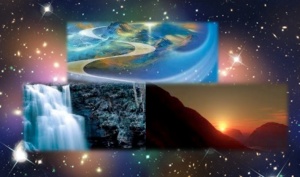 Where we left off:

I followed the Arcturian to the main Entry Area and saw a lovely Being of unknown gender and planetary origin. The Arcturian responded to my unspoken question by telepathically saying, “She/It is a hybrid of Human and Arcturian whose name is Kepier.”


As soon as my eyes met Kepier’s I felt as though we knew each other in a very deep way. However, as I quickly searched my memory, I found no memory to match my feelings. I decided to let my first impressions go, as I was concerned I was not giving her enough of my attention. I say “her” as Kepier seemed to be more her than him or it, as I referred to the Arcturian.

Kepier looked at me with a similar look of recognition, but also said nothing. The Arcturian introduced us, and then quickly left to attend to other business. After a moment of discomfort, I finally admitted to Kepier that she seemed to be very familiar and asked if we had ever met. She smiled in a knowing way and said, “Not recently.”

Kepier changed the subject before I could question her response and said that she was quite anxious to see the Ship. As I led the way to the Main Corridor, she told me about her service on the Arcturian Starship Athena. When I took her to the Visitors Section she said, “I think the Arcturian wanted me to have a Multidimensional Tour of the Ship.”

I was surprised that Kepier knew about the multidimensional component of the Mothership. I was also honored that the Arcturian had chosen me to be the Guide for this obviously well informed visitor.

“I am not just a visitor. I will be serving here,” I heard in my heart. When I looked at her with a questioning expression on my face she smiled. “Yes, we are telepathically linked,” she said with her voice.

I could see that this guided tour would be much more than I expected. I have to admit that I did not respond to her comment about our telepathic link, as I needed a few moments to pull my thoughts together.

Finally, I said, in a too formal voice, “Would you prefer to speak with voice or telepathy. I know it would be beneficial for me to practice my telepathic communication. I have only communicated in that manner with my Arcturian friend.”

“Yes, the Arcturians are grand friends, aren’t they,” she spoke telepathically, “I would enjoy the practice of telepathic communication myself. I am a counselor on the Starship Athena and find telepathy quite useful.

Actually, I was a counselor. I am not sure yet what my duties will be here. However, I believe that we, that is you and I, are meant to be part of the Landing Party to assist a planet on the verge of Ascension.”

With such joy that I forgot the telepathy I said, “Oh, do you mean my planet in the Pleiades System?”


“Oh, no,” Kepier also spoke with her voice, “that occurred long, long ago.”


“I don’t understand. Allow me to take you to one of my favorite places on the Ship where we can talk. It appears that you are to be my Guide, as well.”


Of course, I took her to my special holosuite and set it for my Nature Program. We sat down on small wooden chairs next to the waterfall and looked out over the nearby cliff. Before us was the landscape of a world that I had never seen, but that had been haunting my imagination.


As soon as we sat down, Kepier said with a reverence in her voice, “Oh my, this is Earth.”


“Yes,” Kepier responded. “The many streams of time can be quite confusing. However, I am noticing that all of the time lines seem to merge here in the Mothership. Is that because it is fifth dimensional?”


“I think it is the total multidimensional quality of this Ship that creates the convergence of ALL timelines. The Arcturian told me about this time convergence, but I did not put it together with my life until just now. Of course, the Arcturian would, once again, offer me a lesson in the form of an experience,” I answered.


“But, before we continue Kepier, could you tell me about the ascension of my home world?”


“Yes Mytre, it ascended long ago. In fact, you were there with Mytria and your lovely daughter. The ascension of your planet was known around the Galaxy. You have not yet opened that file in your multidimensional consciousness as it would interrupt your current flow of reality.”


“But, I have been haunted with guilt that I did not help my people. How could I forget that?”


“How can I use what I learned on my Homeworld when I don’t remember it?”


“Because for you, you must complete this Mission in order to remember how to ascend your own world.” Kepier continued in response to my look of puzzlement, “Yes, I too have difficulty understanding the nature of timeless time.”


“However, it is much easier to see the matrix of timelines within another than it is to see it within yourself. I think that is part of the reason why we have been put together. That and because we are both part of the Landing Party.”


I had no response to her second mention of being on a Landing Party. First, I had to digest the information about the ascension of my home world. Also, the mention of Mytria and Alycia sent me into a wave of reverie. I had not realized how much I had pushed my longing for my beloved family away from my heart.


As we each became involved in our own lives, my nightly astral meetings with Alycia had become less and less. Also, I had not contacted Mytria since she entered the Core of the Mother. Realizing that I was on a totally different time stream than my beloved ones made me miss them even more.


On the other hand, was another version of my self also with them in that timeline? That thought brought me such comfort that I did not want to explore it further in case it was incorrect. Therefore, I allowed the concept of our living together to settle into my High Heart.


The Arcturian had told me that anything that we stored in our High Hearts would be infinitely accessible to our multidimensional consciousness. Therefore, I relaxed into my small wooden chair and felt the time stream of our togetherness take root in my High Heart. As I did so, I felt a warm presence in my heart where they had once been longing and regret.

As the setting of the Sun shot rays of red/gold light into my being, this healing slowly spread through my body. Simultaneously, I felt a peace and calm move into Kepier, which seemed to be healing some wound of which I was unaware.

With a feeling of deep camaraderie, we simultaneously took deep breaths and focused on the simple pleasure of watching a sunset. As our environment grew darker, we relaxed more and more into the Knowing of the Unknown. Within the same moment we both thought,

On the distant planet of Earth, millions went about their daily life with NO concept of the immense change that was occurring in a frequency of reality just beyond their perception. Paying bills, getting the kids to school, caring for an elderly parent, going to work, having fun and finding love filled their reality. They were free of the immense burden of Planetary Ascension.

They wanted it that way; they did not want to know. They wanted to DO life. Nothing in their reality guided them to even imagine that the Planet was a living being. Nothing in their reality led them to even consider that their life was multidimensional or that they had higher frequency versions of their SELF. Some went to Church and others did not. Either way, Spirit and Religion were the same thing to them and God lived far off in Heaven.

They felt safe living within a familiar reality that had existed for many millennia. They were too busy to ponder something that was different from all that they had known. Some of these people were loving and kind. Others were fearful and mean. These two groups were locked in the Game of Polarity, totally oblivious to even a possibility that their lives could undergo a quantum change.

Therefore, in some time stream, their lives would continue the same as always. The possible reality of ascension would move into their world like a low cloud or a vivid dream, and they would never notice it. The skies would fill with unidentified objects, and they would never notice. They were NOT complete with the 3D Game of Polarity and Separation.

They did not want to know, change or alter their perception of reality. For them, the Game would continue. They do not know that they are the creators of their reality. Since they were unwilling to allow a new concept into their awareness, they would continue to live life in the same manner as they had always lived it.

On the other hand, there were some who wanted to live life in a new fashion. In fact, some had prepared for this shift in reality for many incarnations. They somehow found a way to connect with their Multidimensional SELF and were ready and willing to return to their Higher Expression of SELF. However, would they be willing to release the illusion of TIME?

Posted 11th November 2012 by LUZ ZOHAR
Labels: awakening of the SELFjourney to the Arcturian MothershipKepierleaving timeMytre from Pleiades
* * *