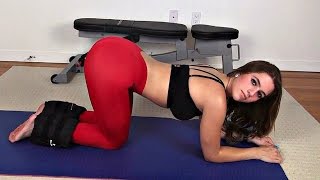 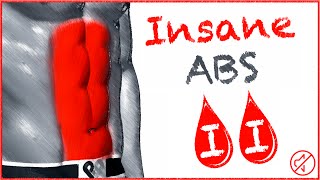 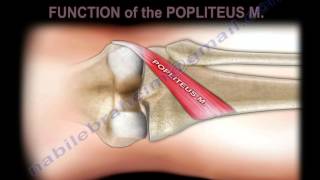 ▶ Anatomy Of The Popliteus Muscle – Everything You Need To Know – Dr. Nabil Ebraheim – YouTube

Posted on Jan 2, 2015
by cosmicgaia
in Bob Fickes
Leave a Comment

Inner Peace and Divine Harmony is rising inside of you more and more as the year progresses. Maybe you have not been able to find Inner Peace inside of your self in recent years. The energy was too strong and our emotions got the better of us. But this year promises to be easier. This is the year when your wish to be more peaceful and loving can be actualized. It should be a very good year for all of us.

We are so lucky to have each other and support each other through this blog. It is a wonderful opportunity to pick each other up when we fall down. Sharing our experiences together gives us confidence that we are truly loved and that there are others like us who want to help. Every time I read the comments I feel happy. My heart gets warm and I feel so grateful to have met all of you. Our life is more full of love than ever before. Let us continue to share this love with others and truly make 2015 a year of Divine Harmony and Peace. God bless us all! Thank you so much!

Tonight we celebrate the New Year 2015! If you want to usher in the New Year and have the best luck for all year meditate at midnight! Whatever we do at midnight sets the momentum for our energy for all of the following year. If you relax into meditation at midnight, your energy sets the pace for your life to be supported by all the laws of Nature. A peaceful start from deep meditation aligns your energy with Dharma, the flow of the Universe. This first step sets your intention for all year.

The year 2015 will bring peaceful energy to everyone. Mother Earth will be happy this year and the land will support the people more than we have had in many years. I do see some natural calamity coming in the first six months of this year for Japan. This can be averted if we live in harmony with nature and find peace in our self. No matter what happens you will be protected and you family will be safe. Meditation is the key. You are all doing your best to improve your lives, so your lives are protected from any calamity that might occur.

Remember that your future can change depending on what you do today. What good you do today extends into your future. Even if there is negative energy approaching you in the future, it can be offset by accumulating more goodness. This goodness restores the balance and cancels the negative effect that has been in motion from your past. I have seen many miracles happen to people who do any form of meditation. Start your new year with meditation and change your future.

If you already have plans to party with your friends, don’t worry. Set your intention at midnight to all do good together to help our world be a better place. Even if you can’t meditate, you can still change your future with a strong intention to live your life better. Put your whole heart into this intention to do good and the results are surprising. HAPPY NEW YEAR 2015!!!!!

Posted on Jan 4, 2015
by cosmicgaia
in Mahala Gayle
Leave a Comment

Happy New Year Everyone! What will happen in 2015, or what will we create in 2015? I am creating a vision of it being a very wonderful year! How many of you will join me in creating that vision? The numbers 2+1+5 equals 8, and the number 8 rules money so let’s create a year of abundance for everyone!

Speaking of money, did you notice that Saturn is now in Sagittarius and that sign rules the banking system? Sagittarius also rules teachers, colleges, lawyers, judges, the court system, mountains, and the higher mind. It is a fire sign and that energy makes everything move very fast. If you think this year went by fast, just wait until you see how fast this upcoming year will move. Here is an interesting link called The World Changes on December 29, 2014. It’s about money and the change between China and Russia. http://galacticconnection.com/world-changes-monday-december-29-2014/

The season of Christmas lasts for many days. In fact we are in The Twelve Days of Christmas right now which started on December 26 and continues until January 6th which is when the Christian Orthodox Churches celebrate Christmas. Their Christmas Eve is celebrated the night of January 6th and Christmas is January 7th. The sun will be at the closest point to Earth on January 4th this year. Here is a link to an interesting article about the Twelve Days of Christmas http://newagebible.tripod.com/ch_holy_days.htm . And isn’t it nice to have a beautiful Christmas comet in our heavens during this time period.

I received another email talking about the opening of the Lyran Stargate Portal which they are saying is the arrival of Christ energy. It goes on to say that January 1, 2015 marks the arrival of a vast energy from a source beyond current comprehension. This Portal opening is happening now because Mars was opposing Jupiter on January 1st and that aspect rules birth. Maybe we have been going through a dark tunnel (birth canal) and we are about to come out into the light so we can experience another reality.

The moon on the lunar eclipse of October 8, 2014 was on 15 degrees Aries. That degree was about the weaving of our light body. The south node is now on that degree and to me this means we have made it and the suffering of the past may be over for most light workers. The 3D earth may not feel the completion of this energy until the last Uranus/Pluto square in March of 2015.

There will be two more blood moons in 2015. The first one will be on April 4th and the moon will be on 14 degrees Libra. At the time of the Spring Equinox on March 20 there will be a new moon solar eclipse on 29 degrees Pisces; which is right before the Spring Equinox, and the 7th Uranus/ Pluto square will be in affect at that time. Here is a video about the blood moons https://www.youtube.com/watch?v=ew1FBRnw9ao&amp;feature=em-share_video_user.

The Bible says in the 12th chapter of Revelation “Then I looked, and lo, on Mount Zion stood the Lamb and with him a hundred and forty-four thousand who had his name and his Father’s name written on their foreheads. And I heard a voice from Heaven like the sound of many waters and like the sound of a loud trumpet; The voice I heard was like the sound of harpers playing on their harps, and they sing a new song before the throne and before the four living creatures and before the elders. No one could learn that song except the hundred and forty four thousand who had been redeemed from the earth”.

“It is those who have not defiled themselves with woman (mistreated woman) for they are chaste. It is those who honor the Lamb wherever he goes; these have been redeemed from mankind as first fruits for God and the Lamb, and in their mouth no lie was found, for they were spotless (they had released their old lessons or past karma.) Then I saw another angel flying in mid-heaven, with an eternal gospel to proclaim to those who dwell on earth, to every nation and tribe and tongue and people; and he said with a loud voice, ‘Love God” and give him glory for the hour of his judgment has come”. It’s time to be free from our dark creations that have been controlling us for so long.

Referring to the new song or new music; another interesting video came across my desk by David Sereda. He is a scientist and he has come across a new music that connects to the pyramids in Egypt. It is also connected to the Gregorian Chants, which I love. The new scale has ten tones in it. They are harmonically beautiful like the Music of the Spheres and that music is ready to come out to the general public. It is on a very high frequency and this music will ignite our light bodies and bring us into the new world. How interesting is that? Here is the link to the video https://www.youtube.com/watch?v=Sh-z__hHVP4.

Don’t forget that we enter the Chinese year of the Wood Sheep on February 19, 2015. The color for this year is green. This year will be entirely different than last year because the Sheep is soft and gentle, where the horse was very aggressive and fast acting. According to what is said about this upcoming year, it will probably be much more abundant than last year and will generally be a good year. What a relief that will be after the year of 2014. That year was a very stressful year for many people and I am sure they will welcome the relief of the soft Sheep energy.

I listened to another video by Matt Kahn who is talking about what the year 2015 will bring. I found it very interesting and I thought you might like it also. This video lasts for an hour. Here is the link to it: https://www.youtube.com/watch?v=nMa-ri-2XWg.

May God bless you with lots of joy and happiness in this upcoming year! So Be It!

I can be reached at planetalert@hotmail.com Thank you angels who have sent me donations, they are greatly appreciated and I feel like they are gifts from God. I send lots of love and light to all of you.

I am also doing what is called an Edgar Cayce Past Life Reading for a donation of $30. They are a computer generated reading from your birth chart and I find them very interesting. They are about 9-12 pages long. If this is something you might be interested in getting please let me know. I will need your birth data-month, day, year you were born plus time and place. Send me an email with Reading in the subject line.