sharing.:::. ▶ Life After Death in a Nutshell – It Has Begun — Galactic Transmission from Home | URANTHEA2094.

sharing.:::. ▶ Life After Death in a Nutshell – It Has Begun — Galactic Transmission from Home 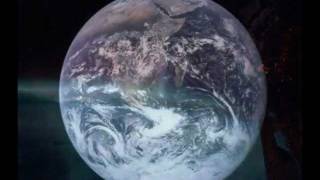 Thursday, December 18, 2014
It Has Begun — Galactic Transmission from Home

I have been posting some the great messages included in the Pleiadian Perspective on Ascension, Book 4—It Is The NOW. These books will be going up on Amazon very soon in their new, revised format. At the end of Book 4, which I have revised quite a bit, I wrote:

I close this book with the very first message I received on April 11, 2012, the morning that I began the series.

After a long dream of being in someone else’s house and realizing it was time for me to leave and go to my own house, I woke up at 5:55 with the words: “Transmissions from Home.”

When I heard the words, “transmissions from Home,” I saw a man sitting at a desk, like a newscaster. He was blond and had on a uniform, which looked like the uniform of a Galactic Being.

His uniform was white and gold with an insignia over his heart. There were also golden adornments on his shoulders and his collar was like straight up, like a military uniform. In fact, it was like a Dress Military Uniform, but not from our military.

I got up and went into my office to get this transmission. I turned on the computer and wrote, “I am ready for your transmission now. Would you please send me your message?” My answer was:

“Dearest Members of Earth,
We are members of the Galactic Federation speaking to you today to tell you that our landings have begun. We come first to our awakened ones within their dreams and meditations. We are here to speak to all who can receive our messages so that we can prepare you. Then, you can prepare others.

“From that first message, the Pleiadians story rushed through my fingers. Most of the time I felt as thought I was reading for the first time as I wrote it. I share the story as I received it and hope that it touches your heart and changes your life as much as it did mine.
See you in the higher dimensions.
Suzanne Lie”

I feel as though I “know” you all. Also, you are accustomed to some of the far out info I have posted. As we prepare for 2015, It Is The NOW to expand our conscious awareness of the myriad possibilities of our multidimensional reality.

I have combined those two messages:

Transmissions from Home Continued:
You have been hearing many messages from your Internet about the great changes that are about to commence regarding the removal of those who have created harm and chaos due to their selfish ways.

These words are true. In fact, this is why we have come to you today. We have come into the dreams and meditations of the grounded/ascending ones to validate the messages you have been receiving.

We are coming into your consciousness in such a vivid fashion that you cannot deny our message or call it “just a dream” or “your imagination.” WE know that the formal commencement of your Return Home has been a long awaited dream.

However, you dared not imagine that the time was here. You did not want to discover again that it was “just your imagination.” We tell you NOW that your imagination is your fifth dimensional consciousness and your dreams are correct.

On this day/night of April 11, 2012 we are broadcasting this message to our ascending ones to tell you to prepare for your return. We hear you say, “But we have heard these words before and prepared so many times. How can we build our expectation only be disappointed again?”

We have read your minds and it is because of these thoughts that we have come into your consciousness to speak to each of you in an individual manner. We wish to tell each dear members of our Earth Team that the process of ascension has begun in earnest.

(Note from Sue, I hope that is true. I do know that a wounded animal is more dangerous. Perhaps that is why our news tells of disaster after disaster.)

Of course, there are still many earthlings who choose to linger in fear rather than accept that what they have always desired is NOW theirs to behold. This is why we have come to you today to tell you to prepare to accept these changes with LOVE.

Do NOT allow ANY fear to enter your being, for that is the tool of the dark ones. Hence, we are speaking personally to all of you, as doubt is the foundation for fear. We realize that many of you will not realize that you have received this message, yet, but be patient, and you will remember that you have personally received our guarantee that

We know that there are many levels of that simple statement, so we will give you more details. What has begun is the removal of those who have stood in the way of your joy of ascension since the time leading up to the fall of Atlantis.

Atlantis was to serve as an opener of Portals so that the next 13,000 years would lead up to Planetary Ascension. It was the Divine Plan that there would be myriad personal ascensions when Gaia was “at the back door” of the Galactic Center.

Unfortunately, that was not the case because Atlantis fell into great darkness. Many of you died in service during that time and carried that wounding through out the next 13,000 years of your incarnations.

Worse yet, the dark ones, the Brothers of Biel, appeared to have won the battle between light and dark and great planetary destruction reigned for many millennia. The dark ones had successfully culled the herd, by killing millions of humans. This “culling of the herd” was the dark ones intention.

However, during your current era YOU, the Forces of Light, have won!

You, our grounded warriors, have been joining us night after night in your finer bodies to assist us with our plans and arrangements. Then, you have awakened in the morning to your earth vessel and began yet another day in the third dimension.

Do you see now why you have been so very tired? Your sleep has not been restful because you have chosen to assist us in your finer bodies, while your third dimensional form regenerated.

We want you to know that you all will begin to feel better soon! There is just the “mopping up” to be done, which you are all happily joining in on while your earth vessel sleeps. Very soon, your “sleep” will NOT be spent battling the forces of darkness, but preparing New Earth for immediate occupancy.

Yes, we do mean immediate. YOU, our Earth Warriors who have tenaciously served our ranks to complete this cycle of destruction, will be spending your “sleep” time preparing New Earth.

Many of you have chosen NOT to remember your dreams, as they were about your great service to Earth in which you were working to remove all that which was trying to halt Gaia’s transmutation.

Therefore, you needed to forget your “night shift” because you had to awaken to the third dimension and go back to WORK again. Many of our grounded warriors have been experiencing illness because of their constant service.

On the other hand, your illness has also been a symptom of transformation. Your service to the ONE has initiated your return to Lightbody. Hence, your physical forms are feeling like a skin that has grown too small for you and is very restrictive.

You may even feel like a snake that wants to rest so that you can “shed your old skin.” In fact, we encourage you to rest as much as possible because you will be called upon to calm the fears of those who are un-awakened and un-aware.

Those who are uninformed may suffer fear, and the best antidote for fear is multidimensional truth and unconditional love. Thus, we send each and every one of you the truth of planetary ascension and the unconditional love that flows from the heart of our Galactic Center.

We send you this light and love to you, our dear grounded expressions of SELF, and ask that you share our gift throughout your daily life. The uninformed may fear your gift, but the best antidote for fear is TRUTH and LOVE.

Therefore, we send to each and every one of you the TRUTH of planetary ascension and the unconditional love that streams from our hearts and from the Galactic Center.

Your Milky Way Galaxy is being cleared of polarity and Earth, the schoolroom for myriad inter-galactic civilizations, is a pivotal planet in this “righting of the ship.” With the release of polarity, the wobbling spin of Gaia can be corrected and Earth can “spin” into the higher frequencies of New Earth.

Our message today is to tell you that the tide has turned. Release the fear and restrictions of the old and Embrace the joy of creating New Earth. Your personal and planetary ascension is well underway!

In closing, we remind you that ‘time’ is an illusion of the third dimension. Hence, the NOW of which we speak can only be experienced through your fifth dimensional consciousness.

Remember dear “Away Team” we are always with you, for we are ONE.