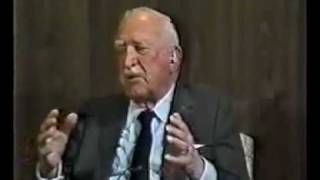 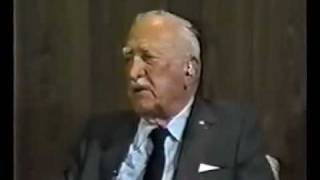 
Posted on Dec 19, 2014
by cosmicgaia
in Judith Kusel
Leave a Comment

For so long humanity has stood in front of closed cosmic gateways, doors…. Gateways and doors that had closed in their faces by their own making – mostly by not adhering to the Law of One, and then truly separating themselves from the Greater Cosmic Order and Whole.

For many millions of years this planet was thus put under quarantine law, and this was put into place mainly so that the earthly war, as constant as they were at the time, would not spill over into the rest of solar system, and blow it out of orbit, as what happened when the planet between Mars and Jupiter blew itself up billions of years ago.

All those incarnating upon this planet had at one stage signed a contract with the Galactic Federation, that they would partake in an experiment – essentially an experiment about how other life and life forms would adapt to this planet. Indeed, she had been created first as a type of substation or satellite station for the Intergalactic fleet, and first of all the inner earth, also known as Agartha, was created – before much later on the outer layers and firmaments of the earth were laid down, and thus she became a planet.

It is not necessary now to go into the whole early history of the planet, for I have recorded this in detail elsewhere – suffice is to say, that when mankind fell from the 7th dimensional state, first into the 5th (Atlantis) and then even deeper into the quagmire of the 3rd dimension, mankind literally got lost in the Dark Ages. The rule of the Underworld of Hades has continued unabated since the fall of Atlantis, and has been therefore now been upgraded steadily, as more and more Lightworkers volunteered to assist the planet to ascend back into the 5th dimensional state.

She could do no other, because of what is happening cosmically.

For, in the very beginning the earth was not part of this solar system at all. She indeed belonged to the 7th galaxy, of the 7th Central Sun and thus was orbiting around this Sun. However, in due course, the Milky Way Galaxy changed form, and in a cosmic catastrophe, which started the Wars of the Heavens, some planets attached to the Central Sun, where thrown out of orbit, and literally collided with another solar system attached to the Milky Way Galaxy. This catapulted three planets into the Milky Way System and they came to thrown into orbit around the current planetary Sun, that we are familiar with.

That was then when the inner earth had been formed, and thus as a type of satellite and when the first space stations had been erected in the inner earth – not outer as yet, like underneath the surface of the new planet. However, when the first civilization then sprung from that with the first volunteer settlement, there were TWO suns that the earth drew its power from – one was still the 7th Sun, and the other was the new Sun (the one we are familiar with).

However, the planet itself was created to orbit around the 7th Central Sun, and programmed accordingly. In this transition phase, the scientists tried to stabilize her and Venus, Mercury and Earth and get all of them back to orbit around the 7th Central Sun again, but this proved to be impossible, as the Milky Way Galaxy then kind of incorporated this solar system with the other planets now being drawn into its orbit as well. So a new solar system then formed, attached to the Milky Way Galaxy.

However, the Ancient Ones, the first civilization and subsequent ones, always knew about the 7th Central Sun as the giver and creator of life. For in reality that is what is true, for life on this planet only existed because of what was created from the Central Sun. I struggle to try and find adequate words, for what I am being shown, is like a massive fire – a type of cosmic flame, which is then becomes like a burning mass, and from this mass of fire, came about the first forming of the inner earth, and later then, with the assistance of the scientists abroad the Intergalactic Fleet the outer crust. But the inner core earth was and still is very much attached to the 7th Central Sun.

The Ancients always worshipped the 7th Central Sun as the life giving force, and therefore they knew that a one stage in the cosmic evolution the earth would be drawn back into orbit around the 7th Central Sun, and therefore return to the state of AT-One-NESS with the greater cosmic whole, as was in the beginning. They called this the Great Event –an event which they foresaw as a type of resurrection – the dying of the old earth and the resurrection of the New.

Interestingly the crucifixion stories, the stories of dying to be re-born or re-surrected, all came from this one source, and then became ingrained in the subconscious memory bank of mankind – albeit in a different form.

Some of the highly advanced souls have taken it upon themselves to go through this crucifixion ritual, and the resurrection phase, now, so that they can assist this transformative process of planet earth. They know who they are – and have been fully aware of this from the beginning. It is a very specialized type of mission, and therefore is mostly over-lighted by the higher Ranking Cosmic Hierarchy.

This essentially means that the earth will have TWO suns for in the next few years, as we are being thrown out of our orbit in this solar system and into a new solar system being born, which will eventually then orbit around the 7th Sun again! So we are literally being returned to our SOURCE! To our origin as children of the 7th Central Sun!

The 7th Central Sun holds the SUPER-CONSCIOUSNESS of the whole cosmic realms. It is a massive energy field which holds pure consciousness. This is the consciousness of the Creator God itself. Thus it is then the whole communication system of what the Divine IS! So, this Central Sun, literally is a physical manifestation of the energy force field of the Divine Source itself.

Some soul groups, originate directly from the 7th Central Sun, and therefore literally are the SUN CHILDREN – the daughters and suns of this Central Sun. One of these are the Illumined Ones. They are the Illuminating cosmic rays – in whatever form they choose to incarnate into. Some for instance never take on physical form but exist as pure ray energy. Some have multi-dimensional existences, and thus exist in multiple forms.

When great cosmic changes are about to happen, and there needs to be extra help coming, then this soul group are those who literally have to hold the Cosmic Rays steady, and then Illuminate the Path for Others. They therefore take on the role of way-showers, the one who direct the change or those who bring in the knowledge, the technology and the inherent understanding of cosmic law, to these planets or star systems and even galaxies. They are therefore known as the Teachers of Ages, or the Sages of Ages, for programmed within them is all knowledge, on all levels of existences as held in the Super-consciousness energy fields of the 7th Central Sun.

Their symbol therefore is the Sun and its Illumination of all of Creation.

It is no accident that the highest ranking of this Soul Group have incarnated onto planet earth at this time and are assisting this whole process, as have other soul groups attached to the 7th Central Sun.

When the 7th Central Sun then becomes our Central Sun, its power will be immensely more amplified than our current dying Sun. It immensely powerful Illumination of Planet Earth will truly bring about the 5th to 7th dimensional state return to the reign of the Golden Ones – as all the souls then have returned who were part of the first civilization ever on planet earth, which we remember as the first Garden of Eden. They are then a ascended race and therefore the new race of men.

As such then we are moving into immense earth and galactic changes and therefore nothing will ever be the same again. The time of crucifixion has arrived – the time of dying onto the old. We are thus now moving into the Age of Resurrection.