fantascienza: sharing.:::.▶ Who & What Are The Rosicrucian #2 (What are these secret books?) – Arcturian Group.

sharing.:::.▶ Who & What Are The Rosicrucian #2 (What are these secret books?) – Arcturian Group 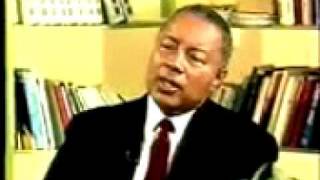 ▶ Who & What Are The Rosicrucian #2 (What are these secret books?) – YouTube

NOVEMBER 9, 2014We of the Arcturian Group welcome all to this message presented with love for the purpose of a greater knowledge and understanding of truth. We observe many beginning to question their personal belief systems which indicates clearing within the mental body. All bodies are in the process of clearing. You are not just a physical body, that which is seen with human eyes, but are also etheric, emotional, mental, and spiritual bodies which constitute your energy field. The Light emanating from earth is increasing daily, you are creating change even if it does not seem that way at this moment.

At this time you are clearing all bodies of obsolete and outgrown energies accumulated through lifetimes lived in density and ignorance and are replacing them with frequencies of Light and truth. Beliefs and concepts based in duality and separation are never real for they have no spiritual law to support them, and therefore must be let go and cleared in order to move into the higher dimensional energies–this is ascension.

An intention to evolve is all that is required. You do not need to know the specifics of what is clearing for your higher self is directing what is needed as you are ready. Issues long thought to be resolved, may suddenly reappear as clearings are often done in layers, taking place as you are spiritually ready. When you experience emotional or physical distress for no apparent reason, or when you seriously begin to question life long beliefs, remember what you know about clearing.

We wish to speak of spiritual completeness. On earth, mankind takes for granted that all things will come to some sort of completion, meaning that all parts eventually come together either for good or for bad. Completeness in the spiritual sense means the attainment of that state of consciousness which recognizes self (SELF) to be complete and whole. The process is a journey that continues well into the higher dimensions. Beings of Light are simply those who know who they are, they are awake and reflect this in their energy fields.

Completeness and wholeness is the birthright of every soul, but must become the state of consciousness in order to be experienced. This is the evolutionary journey. To pretend wholeness and completeness without having attained a consciousness of it is to stick ones head in the sand. Never deny the human difficulties, but at the same time learn to not give them power they do not have. Often those who come to know truth intellectually, make the mistake of believing that it is spiritual to stand in the presence of some discord and doing nothing while shouting to self or others; ” It is all illusion.”

The purpose of earth experiences is to awaken by learning through practice and study to rise above appearances. As you come to know ever more deeply that outer appearances (the good ones as well as the bad) are images formed from a world consciousness of duality and separation, you begin also to understand that there is no law other than belief holding them there. It is at this point that the “absolutist” may lose his way, trying to live a state of consciousness not yet attained. In the human scene the starving baby is real and needs assistance even though in reality starvation has no law to support it (wholeness and completeness is the law), but to simply do nothing while shouting that all is illusion, is very human.

Evolving into a consciousness of completeness is the evolutionary journey and is not without “bloody footsteps” along the way. Those who seem to be experiencing the spiritual fruits of completeness in their daily living have probably done the work in other lifetimes, for all must make this journey, although not all choose to do it on earth. There are many who have never incarnated on earth, choosing instead to evolve on other planets. Evolving on earth through the experiences of the third dimension brings forth very strong and evolved graduates and thus earth has been the choice for many.

Mind interprets individual consciousness and then manifests it outwardly in forms that resonate with the individual. On earth, these forms will be natural and ordinary but will represent what constitutes completeness for the individual. An example might be that the perfect job or partner may appear, but would not appear for someone who is retired or already happily in a partnership.

Do not confuse the expressions of spiritual wholeness and completeness with the human sense of “good”–concepts of what an un-awakened society deems desirable and attained through manipulation and struggle. When gifts of spirit appear, “All ribbons are beautifully tied” and nothing is required to make it so.

All students of truth experience times in which they do not feel very spiritual or complete. Do not get discouraged by this, for feeling spiritual is not an indicator of your attained state of consciousness. Often those in some frenzy of religious fervor are not having a spiritual experience but a very third dimensional and ego driven one. Evolution is about seeing beyond common third dimensional feelings and thoughts, refusing to give them power, and living out from the highest sense of what you know, being in the world, but not of it. As you become aware that world struggles have no real power or law to support them, you will find yourselves personally experiencing less and less of them. Energy draws like energy.

This message is about being aware of the temptation to live out from absolute truth before attaining that state of consciousness. In their enthusiasm for spiritual growth, some students want to immediately integrate and live what they only intellectually understand. Enthusiasm is appropriate, yet these dear ones quickly discover that the truth they may of read in a book doesn’t work for them which leaves them feeling that they have been duped or are failures not yet ready for spiritual study. Discouraged, some return to what they previously believed but have outgrown. Others may choose to hold stubbornly to a truth believing that by doing so some outer appearance will change, not realizing that their resistance to that “something” is actually empowering it, holding it in place.

No one can manifest or live higher than his attained state of consciousness. This is the secret key of forgiveness for self as well as others for all are doing the best they know at a particular time. Even the murderer believes he is making the world better in some way.

Evolution is work dear ones, until at a certain point there is more truth in your consciousness than not, at which time life becomes much easier because truth begins to manifest outwardly in whatever forms are needed–ideas, things, persons, etc.

When faced with appearances of discord and in-harmony, center yourselves in the realization that Source could never form Itself as “this” because Divine consciousness does not embody discord–there can be no discord in One. That which I am witnessing is the manifestation of beliefs in separation and duality and therefore ILLUSION. Illusion is how I am perceiving something, not in the something itself.

THEN take what ever human footsteps may be necessary. Mother Teresa of India recognized that every individual was a God being, but did not proceed to stand and shout; “This is all illusion.” She fed the starving, bound their wounds, and dealt with whatever immediate needs presented themselves while holding within a realization of truth.

This is how you evolve into the wholeness and completeness of your true self while living on earth having human experiences. Resist nothing. This does not mean you must like and accept everything or that you cannot work to change something, but before taking action look with eyes of spiritual understanding. When you do this, the spiritual fruitage may appear as a solution to the problem

Send Light often to those countries and people you are guided to and know that it is the Light exposing the dark, bringing to the surface long hidden dense energies.

Living up to your highest sense of truth is all that is required and more is given as you do so. All are complete and whole, but lifetimes lived in third dimensional energy caused most to forget this. As creator beings, you then began to ignorantly create a world of duality and separation.

Evolution is simply the journey of re-remembering who and what you are.