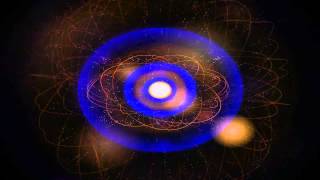 Greetings, dear ones, friends of mine. Time is closing in, implying that we, the Ascended Masters, the Higher Lightbeings and the Galactic representations of the Universe, are all approaching you ever closer. I like to consider you all my friends as in all honesty, you really are. In fact you have always been close to my heart. No one is lesser or better than the other; after all, we are all one and so, by definition, we are all equal!

As the timelines are each approaching one another to converge at a certain point in time, so too do we come closer and closer as a Galactic Unit. We too will converge in 1 whole, 1 big family, 1 great solar system revolving around the huge center of the cosmos, from where we all originated. Let’s all join hands NOW and actually establish a close cooperation. What would you think of that, my beloved friends? Would you close your heart in fear or would your heart jump for joy at the mere prospect of it? The latter option has now emerged strongly, taking on the form of intentions in your hearts and minds. Well done, my friends, as these intentions are stimulating, even facilitating the energy needed for establishing this kind of cooperation in the first place.

Despite the fact that many souls on Earth are still not ready and are rather ignorant, everything will evolve further till the point of recognition and of expression has duly been reached. The truths that have to be revealed are now coming to the forefront in your world to effectively be revealed; they are just waiting for their recognition so as to handle the so-called expression of them. The things that as of yet have not been publicly divulged by the scientists on your planet, or more accurately by the self-proclaimed scientists on your planet, can no longer be denied by them, leading to the fact that these things will very clearly be brought to light. They will have to divulge what they already know and have investigated for a long time and will be pressured somewhat to admit to the existence of it despite that this runs counter to their own rules and scientific regulations.

The laws of physics and of science in general, are not fully adequate and were only to a certain level, shared with you. What has never been explained to humanity is the fact that there are still countless unexplained phenomena which are investigated but for which the scientists find no plausible explanation as those phenomena do not fit into their laws and therefore remain inexistent in their limited views. Let me relay to you that what they state is far from the truth and that everything has a form of life and is duly existing! This will all be shown now to full advantage together with the existence of innumerable other lifeforms and civilizations in the cosmos, including your Galactic Brethren.

Now that we have arrived at some form of close cooperation, you will be introduced into the greater Reality which will enter your domain and establish itself firmly there as it was always supposed to be that way. Duality has more than run its course and has now come full circle in the reality in which you dwell, and will leave it all together. I would like to warn you to use the precious time left in this duality, optimally and to not waste it on useless tasks that would in a way hinder, delay or even stop your Ascension process. Afore-mentioned tasks are but illusory and their manipulative attempts appear still to be moving full speed ahead. Remain strong in your convictions during these trying times and feel how you have strengthened yourselves enough to distance yourselves from illusory tasks so as not to get dragged into them again and again. You are evolving more and more into a great purity of heart and this purity simply can no longer attract lower vibrations, which in themselves are desperately sent out to the collective of humanity. The downfall of the dark ones has arrived and the last hour has sounded for these dark influences.

Have faith in yourselves, as in fact you are the ones that will instigate everything. You have all chosen to independently Ascend together with your Planet and specifically in the way in which it is all unfolding now. You will all reach the highest levels of enlightenment on condition that you now persevere on your chosen path and in your own creations! We remain at your service in these times and we will guide you wherever necessary. Allow for a quick start of our Galactic cooperation, you and we have waited far too long for this to occur. And thanks to your own initiatives in these matters, all our assistance will be facilitated and your hearts are more widely opened for this possibility than ever before. I am so grateful for this; how deeply I love humanity!

In all sincerity, I salute you all most cordially from my I AM That I AM.

Copyright © 2012 by Méline Lafont. All Rights Reserved. Permission is given to copy and distribute this material, provided the content is copied in its entirety and unaltered, is distributed freely, and this copyright notice and links are included. http://pleiadedolphininfos.blogspot.be
Posted 20th September 2012 by Juan Pablo
Labels: ascension processgalactic FamilySaint Germain