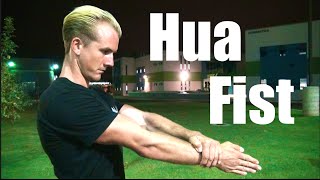 MYTRE AND THE ARCTURIANS – Part 3

After I ate familiar food with my crewmates, we stripped down and swam in the lake. Then, we lay down on the warm rock and talked about nothing. We told jokes, laughed and finally feel asleep on the warm rocks. When I awoke, the sun was low on the horizon and my friends were gone.

Suddenly, I was engulfed by the deep sorrow that I had not been able to feel about leaving my beloved family. I was alone now, so I could cry like a baby, and I did. As I cried, images from being on the Mother’s land with Mytria, laughing with her, and making love filled my heart.

Slowly, I realized that those images were stronger than the feeling of grief and I began to focus on the feel of the images. As I allowed the feeling of deep friendship, love and fun to fill my body, I began to understand what the Arcturian meant by “perceiving with emotion.”

When my emotion was sad, all I could perceive was that I was alone on a rock that was once filled with love. However, as I gave my sorrow a voice, my perceptions began to change. In my mind’s eye I actually saw that which I was remembering. With the feeling of love filling my body, I looked out towards the setting Sun and saw my SELF.

At that time, that sounded like a poor sentence, but gradually I began to understand what it meant. I was creating the hologram with my thoughts, just like the Arcturian said I would. I called forth my friend and gave life to my friend who had died. I hung out with them on a sunny day because I needed to feel like a “normal” guy relaxing with his buddies. Finally, I fell asleep as I could no longer believe the fantasy that I had created.

With the loss of my illusion, I had to face my truth. Fear and sorrow came fast, and love and happiness came in a slow, but enduring manner. When I allowed my emotions to speak to me, I could see the truth around me. Much to my surprise, that truth included the fact that my sorrow was not just for my family.

I was mourning the loss of all that I had held to be true, honest and real. Now that I realized that my real world was an illusion, all I could perceive was the truth. With that final realization, the lake vanished, the rock vanished, the trees vanished and the setting sun revealed the door out of the holosuite.

I knew that walking through that door was acknowledging that everything that I had ever known, done, had and experienced was an illusion. Through the door was my true SELF. Yes, of course, this SELF was within me, but through the door I would learn how to remember who I really am.

I stared at the flat door on the empty wall for a very long time. I knew that I no longer had a choice. Once I moved our small Ship with my mind, everything changed because I changed. Then, when I left the Restoration Chamber, I began to BE my truth, which terrified me.

I stood up and walked toward the door. With my head held high, I walked through the door and followed the awaiting Arcturian who greeted me with an open heart. No words were needed, for now I could read its mind.

As my Arcturian friend (they don’t have names in the manner that I was used to) led me through the corridor, it started to float higher and higher above the floor. I know that it was encouraging me to do the same, but my doubts were louder than my belief in my SELF.

With that thought, the Arcturian turned around and stared into my face. Gradually, a small golden light grew within me. In fact, it felt as if it was gently rising above the threshold of my inner doubt.

Yes, of course, this is the Sun that revealed the door out of the holosuite and into my SELF. The Arcturian read my imagistic mind and spoke to me in an image more powerful than words. I could feel tears rolling down my face, but they were tears of joy. I threw back my head and opened my heart to the growing joy within me.

And then the Arcturian said, “Open your eyes.”

I did not want to open my eyes. I was concerned that if I saw the outside world I lose these marvelous, healing sensations.

“Open your eyes now,” I heard with a sense of urgency.
Reluctantly, I opened my eyes and saw the ceiling of the Corridor inches away from my nose.

I was so startled that I lost my concentration and started to fall.

Much to my surprise, my fall was halted by the Arcturians firm words. I held the feeling of command in my mind, as I repeated, “STOP” until I could lower my feet to the ground.

With a sense of pride mixed with embarrassment, I looked up into the Arcturian’s eyes.

“Now is the time to start your lessons,” said the Arcturian with its mind.