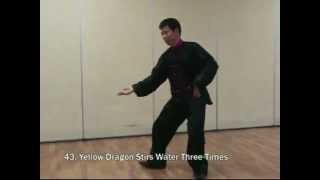 Greetings dear ones. Once again we come to speak to you of ascension. All are in different phases of ascending into the higher dimensional energies. Not all will fully ascend at this time for many are not yet ready to embrace the fullness of their inner soul. However, all are experiencing the Light pouring onto Gaia at this powerful time and all have the free will choice to grow from or to reject it.

Remember this as you observe the many changes taking place within you and in the world. Change can be very upsetting to those still holding tightly to lifelong teachings and beliefs that no longer work for the highest good, but that is the way evolution works…it is a gradual (sometimes not so gradual) shift into new and more evolved thinking, being, and doing, and old beliefs cannot stop it as the majority awakens and adds ever more Light to universal consciousness.

Since all are creators, evolution can be slowed, but never stopped for it is the purpose of life. Through free will, an individual can slow or even stop his spiritual growth for awhile even lifetimes, but the evolutionary journey can never be permanently delayed…man’s true nature is Divine, and the yearning to remember this is never lost. It is often buried deeply within through intention or ignorance, but can never disappear or there would be no individual. One cannot exist in any way shape or form with out the Divine within, as it is the substance of all form…all that is.

Arcturian group wishes to talk about life. When functioning within the third dimensional belief system, life is considered to be sacred in certain instances, (friends and relatives) but not so sacred (war) in others–perfectly reflecting the separation and duality of third dimensional thinking. There is only one life and it is Divine…it is the only life there is. Humanly, scientists can create something that may seem to be alive in a bottle, clone, or test tube but this is only physical, an interpretation of “life”. Life only becomes LIFE, when Divine energy enters in to it which is why a physical body disintegrates so quickly once the soul leaves.

It is here we must bring in the topic of abortion which has been and still is a subject of much discussion, confusion, anguish, and suffering for many. The decision to extinguish an unborn is a decision that must not be undertaken lightly but know that the soul who would choose to enter and become the child is well aware from the other side as to whether or not the child will be carried to term. A soul can enter, coming and going throughout a pregnancy that will result in a birth, but usually there is no soul yet attached in the early stages of a pregnancy unless there is a particular lesson for the entering soul.

Decisions of this sort must be made only after an honest evaluation of intention for these types of decisions carry and store intense energy for those making them, and there is much emotional energy being expended both ways on this topic. There must be HONEST inner consideration of what is the best and highest good for all concerned… decisions like this must never be made simply from a place of selfish convenience or fear and never as a means of birth control.

Intention is the spiritual key in making decisions of any kind because the intention behind any decision provides the energy upon which it rides…every word, action, or thought flows upon the intention that set it forth. Remember this dear ones, for it is a vitally important point.

Life is forever but souls choose to spend time in limited physical bodies in order to spiritually grow and evolve within the denseness of third dimensional energy. Earth is a powerful and difficult place in which to evolve and not for the faint hearted. Never under estimate your courage dear ones, for there are many evolving on other planets who chose not to be in a place that carries such density. All gradually learn from the experiences of earth and finally discover that that which they have been seeking, lies within. It is at this point that they begin to meet any problems on a higher level, karma disappears and they find themselves helping others struggling with same and familiar issues. Earth is being observed by many who wish to learn and study how mankind is going about doing this.

Life can never be lost, there is no such thing. A person who leaves either naturally or unnaturally, simply goes to another dimension. Most human eyes cannot as of yet perceive the higher frequencies of a light body and believe the deceased to be simply dead. In sleep, all leave their bodies, moving about, studying, and working in the spiritual body. Life and death are just two aspects of duality. You are more alive on the other side than you are on earth because on the other side, you remember who and what you are and are guided to whatever help and assistance you may need.

There are some who after “death” continue to align themselves only with familiar earth energy and because of this are unable to see the light bodies of their guides waiting to assist them. These souls become what you term ghosts…souls afraid of moving on and into higher dimensional light–some not even aware of the need to. These souls attach themselves to the familiar and often loved– people, places, and experiences from their recent time on earth. Some, firmly stuck in a particular belief system are waiting for their belief to manifest…unable and unwilling to leave where they are. Some create for themselves familiar settings and lives in what is called the astral realm often for a long time until helped by another (Light beings or people who do this work) or awakening to their need for change.

In the third dimensional belief system it is believed by many that only some life forms are of value, and those mainly human. It must be understood that ALL life forms are sacred and in and of the One Life. There is no lesser or greater life. So called “primitive” societies were taught to ask permission before taking lives for food– honoring and respecting the life given them by the animal. This idea has been largely disregarded in favor anything bringing in more money–a bigger, faster, approach carrying no respect for the animal involved… lives thoughtlessly taken for food, fashion, money, or power. The Divine has manifested Itself in infinite form and variety. You say; “What about the cockroach or the mosquito, are we to let them do as they please?” Insects are of those who have a group soul. The energy is Divine, but not individual. When an insect dies, it immediately rejoins its group soul but ask yourselves honestly, as respecters of Life is it really that difficult to simply move the spider outdoors rather than to kill it?

Life appears limited and fragile but is in reality forever and unlimited. You cannot die. Those who seek relief from the pressures of living through the taking of their own lives, simply cross over and find that they have solved nothing for the lessons they were meant to learn now must be met again at another time in another life.

Incarnation into the third dimensional energies of earth is a soul choice made by an individual in order to evolve and grow within the tremendous issues of third dimensional energy. Life lessons are planned by each soul with help and spiritual guidance before birth. Life events are not accidental as they would seem when judging by appearances but represent experiences necessary for the growth and evolution of the particular soul. Karma is not a punishment, but the balancing of energies originally created by the evolving soul and mankind in general. There is no longer karma after the soul reaches a certain level of spiritual awareness for then the individual is able to deal with life in new and higher ways but at this time many of you are helping to clear impersonal world karma.

All is perfect dear ones, in spite of world concepts of how everything needs to appear in order to be “right”. Never forget as you journey through your life experiences ( some pleasant and some not so pleasant) that you are here at this time, in this body, with this family, in order to learn and grow and not simply to gain fleeting ego status through the attainment of money, popularity, beauty, goods, or power. Be alert to your desires dear ones, for ideals such as these represent the limitation of those still stuck in unawareness.

There is nothing evil or wrong about having wealth. This is a false concept still held and preached by some. The belief in the concept of separation has resulted in a universal sense that abundance in all its forms is outside of you and that you must struggle and grab it at all costs as best you can. Abundance is your divine right by virtue of your Oneness with Divine completeness, a truth that must be realized and become your state of consciousness before it can manifest outwardly. This is the work.

Make your only God the one within you, allowing it freely flow outward and manifesting in whatever form is needed. That which is completeness for one may not represent completeness for another so do not compare. This realization will help to free you from the never ending promotional hype to buy this, do this, have this…and you will be happy.

We are, with you in ONEness and LIFE…The Arcturian Group 3/16/14

Posted 22 hours ago by LUZ ZOHAR