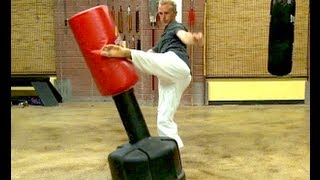 EPILOGUE – We Will Remember

We Will Remember
SANDY SPEAKS:
“From the dungeons of destruction comes the hope of new life,” Jason and I said as one being. We looked up to our three guides and said, “Yes, we will return and care for Gaia. We realize that She has been reborn just as we have. But how do we return?”
“Through the twelfth floor,” we all said in harmony.
Instantly, a bright light surrounded our joint form of Sandy and Jason. As we surrendered into the light we became aware that the dream we had tried so hard to remember was so vivid because it was NOT a dream. Instead, it was a future experience that we had partially remembered. However, as the light turned into a swirling vortex all thoughts of our past disappeared.
As the vortex swirled around us, our ONE Divine Complement body slowly transmuted into two lightbodies. Again, we tightly held hands to feel our deep connection. However, now our hands were of light and the sensation was quite different. When we held hands before, we felt two separate hands inter-twined, but now the two hands of light merged into one hand that we shared.
We both smiled at this sensation and were about to try merging into one being again when the vortex started taking us through the “consciousness shower.” The sensations of this shower seemed to clear away all emotions of doubt and fear. With this clearing we could commune as one being even though we still held two bodies.
We were happy to share our experience, as the sensations of bliss and unconditional love were almost too much for one body to contain. With that thought, or the perhaps our clearing was completed, the vortex suddenly stopped spinning to reveal the “right elevator.” Two doors of light slowly parted to reveal a circular room filled with light beings from every area of our Galaxy and beyond.
It was a grand “Light Convention,” where higher inter-galactic beings could observe, monitor and assist Gaia with Her process of planetary ascension. As the doors fully opened, our two lightbodies floated into the limitless circular room. To our surprise, the many beings all turned to greet us, including Mytre, Mytria and the Arcturian with the infant Gaia held tightly in Its arms. Everyone gradually surrounded us and welcomed us to their meeting.
We were not surprised to see other earthling lightbodies intermingled in the group. Almost with a sense of urgency, the group separated to leave us a pathway that led directly to the far side of the endless room. I say endless room, as this wall was more of a vortex than a wall. Instead of having a wall to separate, this room had a portal to connect.
Jason and I floated through the pathway established in our honor, but stopped just before the portal. We peered through the portal, which was formed by the walls of radiating light, to see the web of creation. This WEB vibrated and resonated to our every breath, thought and emotion. We could see the web with our Third Eye, hear it in our High Heart and feel it with our bodies of light.
Suddenly, the web was on us, next to us, under us, behind us and around us. We were elements of the web, living nodules of form fashioned by the web of creation. The light of the WEB connected all in deep unity. Consequently, we experienced everything that everyone in the room was thinking and feeling. We were all the WEB.
The web of creation was similar to a body that had a heart, lungs, eyes, ears hands, etc. We were all one form, connected via the WEB, yet each of us had a slightly different function that was vital for WEBs continuation and expansion. We were all in constant contact with each other via the WEB when, suddenly, all focused on looking through the portal.
With the force of our join perception, as well as the unity of the unconditional love, we looked through the vortex to see an infant world. This world was the infant Gaia, the ray of hope for the beings who had used Earth as their “schoolroom for ascension.”
From our timeless state of consciousness we understood how this reality was beginning, ending, shifting and remaining still. All was ONE within the NOW expressing itself in myriad forms. Because of our unity with each other and the WEB, our multidimensional minds easily understood this format for reality and were eager to experience life within that operating system.
Abruptly, the Arcturian flashed before us and looked deep into our eyes. As we looked back into the light of the Arcturian’s mutable form we saw Mytre and Mytria as Divine Complements. This vision filled us with such joy of illumination that our perception expanded deeper into the vast domain of the Arcturian’s energy field. To our surprise we saw the image of ourselves joined into our Divine Complement within the Divine Complements of Mytre and Mytria.
But wait, Jason and I thought together, if we are versions of Mytre and Mytria, and Mytre and Mytria are a component of the Arcturian, them WE are an element of the Arcturian, as well.
With that thought the vision ended, and the Arcturian floated so close to us that we could feel its heart within our own. It placed the infant Gaia in our arms and lovingly said,
“As you go down there with Gaia, remember that you also remain here within us.”
As the vortex swept us into its spin, we clutched the infant Gaia against our heart and said in one voice,
“We WILL remember!”
(Stay Tuned for Book IV)
***