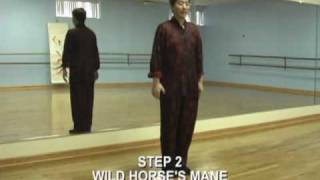 Dearest Michael, can you elaborate more on the ways in which this current process of Ascension will be actualized in our reality, in this Now moment on this current frequency?

(note: all differs from soul to soul and depending on the soulcontracts)

Presently Gaia is subdivided in various frequencies comprised of different vibrations representing the Dimensions. On the one hand there is the old matrix, representing the 3rd Dimension but on the other hand there are a number of higher frequencies vibrating at the 4th, the 5th and even the 6th Dimension, They all are present on Gaia in the Now. That’s the reason so many of you feel themselves increasingly living on different Dimensions in a conscious way. In fact, all of you are multidimensional beings and you are experiencing and undergoing this feature progressively.

The Earth has an exact duplicate of Herself in a holographic substance, I am not referring to another world far away, rather I refer to a reflection of this Gaia, capable of maintaining the frequency of a 3D matrix. As Gaia Herself is residing more and more in Her higher frequency, all the ones of you capable of maintaining and embodying this higher lightfrequency will be torn away out of this old 3D matrix and will evolve alongside Gaia in Her process of Ascension, all being One. This will result in the fact that the 3D matrix will no longer be nurtured and will wither away and dissolve in this reality of Gaia.

You are now fully busy with this process. We cannot simply let this 3D reality suddenly collapse in a day as it were. How would this serve the whole of humanity if the wish has been expressed to get preferably, if not EVERYONE than at least as much souls as possible, aboard the Ascencion process?! That’s why we will proceed step by step and believe you me when I, Michael, say that we are really close to a complete dissolution of this old 3D duality experience on Gaia. Give it the time it needs for the highest good of the Collective.

The old 3D matrix will continue to exist and evolve on the holographic Earth which is an exact duplicate, a twin of Gaia. It is there that those of you that are still stuck in duality will receive their opportunities to continue on evolving on their own pace without hindering or delaying the vibrations and the process of Ascension on this reality of Gaia where the higher frequencies are already existing and have taken over on an etheric level.

The difference is that those of you who already completed levlels in their Ascension process or are working on this now, will be confronted in lesser and lesser ways with the old dualistic frequencies of the 3rd Dimension because those frequencies can no longer be maintained in the higher vibrations and so will inevitably wither away out of their reality. Gaia Herself will go through the Ascension process in its entirety and will thusly actualize a solar Ascension.

The exact duplicate of Gaia, which I will call ‘Earth’, is a holographic reflection and a copy of Gaia, where duality can still exist. With this distinction that life can be continued in all mixed energies of the 4th Dimension as well as in the higher and lower frequencies. Those of you existing in a higher frequency, embodying more Light, will dwell on Gaia and will also be able to exist on this holographic copie, so also on ‘Earth’ in the reality of the souls dwelling there because those souls still create that themselves. That’s the way they have always known it and they continue to create this up to the point that they themselves reach the higher frequency levels.

In a nutshell : there will be 2 exactly the same copies of the souls who will exist as well on the frequency of Gaia and also on the 3rd dimensional ‘Earth’. The difference is that the consciousness of those involved in their process of Ascension, will reside solely in the embodiment of the 5th, the 6th or even on higher frequencies, depending on their current degree of consicousness, but that their exact holographic copy on ‘Earth’ will still exist there in a holographic substance to play its part. It is just that the consciousness and the Spirit will no longer linger in that holographic embodiment aspect and they will embody the higher aspects and the lightbody experiencing the 5th dimension and the higher frequencies.

So you can see yourself existing in the lower holographic ‘Earth’ all the while you yourself are not directly conscious of this. It is exactly the same as with this Earthly incarnation in which you find yourself now. You have multidimensional and galactic aspects who exist simultaneously but of which you have no awareness or perhaps you are aware of them but you can not experience them yet in a conscious way. Why not? Because you do not yet embody them completely and therefore your full consciousness doesn’t dwell there yet.The moment that you form the complete embodiment of your higher consciousness, you will become them as well and than all your lower aspects will lose their embodiment in consciousness.That’s the moment when you no longer will experience them consciously.

So basically there will be no split but rather a change in consciousness and this refers to Gaia and to every soul. It can be interpreted as when the full consciousness is going to take on another form which can embody a higher frequency of light from which the old ‘covering’ is split in holographic aspects but where everything transforms simultaneously into a lighter form (including the human bodies). Gaia transcends Her old embodiment and leaves the holographic exact copy behind, which is in fact the pure old 3D vibration, in its entirety of existence.

One can always choose to again manifest their consciousness in this lower copy, this lower frequency of yourself and thus travel to and fro in time and dimension. I leave this choice open to all of you.

Méline Lafont 2012 – 2014, permission is given to share freely in its entirety and unaltered http://lafontmeline.com and http://pleiadedolphininfos.blogspot.com