Asia and the Larger 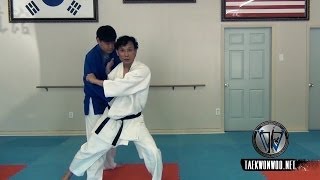 « Love
connects you in a harmonious and eternal concatenation of links that
bring you together in joyous and everlasting communion.

The force field of Love is truly beyond the powers of your mind to imagine.

02/19/2014 by John Smallman
Here in the spiritual realms, as we watch over you most lovingly and
compassionately, we are very well aware of your anxiety and impatience
as time rolls on with no apparent sign of humanity’s awakening.
Remember it will be sudden, unexpected – even though you are
expecting it – and your joy and wonder will overwhelm you as it happens.
And, of course, that moment, the moment for it to happen, is drawing
ever closer, so continue to hold your Light on high as you have been
doing and know that all is perfectly and divinely taken care of.
The field of Love enveloping you has been constantly intensifying
this year, and there was an enormous energy boost to it on the 14th of
February as many of you are well aware.  Love is the answer to every
situation, every issue, every problem, and It has been quietly and
gently infiltrating every culture, race, religion, nation, in fact
everywhere that people live on the planet; it is unstoppable and
inescapable.
Look at the good news that is being reported in so many places
largely as a result of the enormous amounts of Love that you are all
intending and sending so that suffering may be relieved and fear and
anger dissolved, as you so ably assist in humanity’s awakening process.
Often the events reported may seem small and not terribly significant
but that is not the case, as they all intermingle, and add immeasurably
to each other, further intensifying the field of Love that envelops you
all.
The force field of Love is truly beyond the powers of your mind to
imagine, just know, as you do at the center of your being, that nothing
can prevent God’s plan for you from coming to fruition. God is All, and
your illusory but so real seeming environment will disintegrate as your
hearts open to align with His in unconditional acceptance and Love of
every aspect of His divine creation.
The Oneness of God with all of His creation, thus embracing all life,
can no longer be sensibly denied now that your science has discovered
that everything in the cosmos is connected to and effects everything
else.  Yes, many are still claiming that what is exists by chance, that
there is no intelligence underlying all that exists, but this view or
opinion can no longer be supported scientifically as the evidence
proving otherwise is there for all to see.  Denying it does not dissolve
it!
And in that Oneness the Love of God resides enfolding all that exists
in eternal life. Not eternal bodily life, because your bodies are part
of the illusion that you built to attempt to experience separation from
your Source, and when the illusion fades away, as it will because it is
illusory, so will all those supporting parts from which it was
constructed.  It is life that is eternal, and when the illusion
dissolves life will be experienced and lived fully, as always divinely
intended, in utter and uninterruptible joy.
When you chose to build the illusion and make it seem so real to you,
you wanted to experience separation from God to prove to yourselves
that you did not need Him. As humans living the illusion it would make
no sense at all to have limbs surgically removed to prove that you did
not need them!  Yes, with modern medicine it has proved possible to keep
humans alive without many of the normal limbs and organs with which you
are born, but of course that places great restrictions on the
individual concerned.  Mostly they learn to deal with the situation, but
they would most certainly not choose it if other more adequate options
were available.
Choosing the illusion was an even more restrictive choice that you
made. Separation from God is impossible, but to pretend that you are
separated is possible, and that pretence has brought you all the pain
and suffering that you undergo as humans. But you have had enough, and
the collective decision and intent has been made to awaken from the
nightmare that the illusion has become over so many eons.  That
collective decision and intent is what will bring you to a state of full
wakefulness. Because you were created with free will – which is always
honored – that new choice will bring you Home from the dream to
Reality, your eternal state of existence, and once more your joy will be
complete and eternal.
With so very much love, Saul.
(Many have commented on the lack of Saul messages in recent weeks. My
apologies. I have had an ongoing upper respiratory infection that I
have had difficulty in shaking off, and as a result my energy has been
low, and I have not been connecting with Saul. I am now much beter, and
so hope to resume blogging on a more regular basis. Love and hugs to you
all, John.)
* * *

photos: ▶ Photoshop Playbook: How to Create a Vignette in Photoshop -Jesus: Do not hold on to the anger.:::.sharing.

▶ Photoshop Playbook: How to Create a Vignette in Photoshop -Jesus: Do not hold on to the anger.:::.sharing 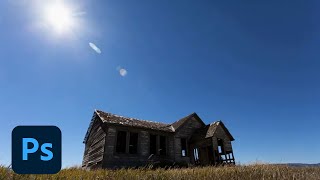 that some of these shocking disclosures of infamy arouse within you

Humanity’s long awaited and much anticipated awakening draws ever closer. It is very hard for you, embedded in the illusion as you are, to keep holding your Light on high, but you are doing an absolutely marvelous job for which we honor you greatly. The end is in sight although that is possibly not very apparent to you, surrounded as you are by a large selection of nightmarish events that need to be resolved, and for which, at present, there seems to be little sign of that being possible. Your collective intent to send the energies of Love, healing, compassion, and a desire for reconciliation and peace to all on Earth is having very positive effects all across the world wherever conflict is raging. Please keep up your good work. Here in the spiritual realms we are supporting you powerfully in every moment, and your intent cannot fail because it is fully in alignment with God’s Will.
There has been a lot of talk in your mainstream media during the last couple of years about the 1% versus the 99%, and the views and desires of the latter are having to be increasingly heard and positively responded to by the former. Change is happening all across the world, and the speed at which that is happening is accelerating very rapidly indeed.
No longer can “the masses” be arrogantly dictated to, and no longer can the various law enforcement and military agencies and their employees be relied on to suppress and control society. Needless to say for society to live peacefully together laws and standards that honor and apply to all must be maintained. When respect is offered to all without exception enforcement is unnecessary, because all recognize and honor the sovereignty of each individual. However, your so called democratic systems of government have not been doing this, and they are at last being seen by almost everyone for what they are, namely endemically corrupt organizations that bow humbly before their masters – those who have enormous wealth along with the power and influence that that buys – who believe themselves to be above the law, and who behave accordingly. Their days of freedom to do as they wish are severely numbered.
The courageous whistle blowers who have risked their lives and their livelihoods to bring public attention to the secret, dishonorable, and corrupt practices of so many organizations – corporate, religious, political, military, and governmental – are highly regarded in the spiritual realms and are given much support and protection. Make sure to send them abundant love whenever you go quietly within to pray, mediate, or contemplate. Do not hold on to the anger that some of these shocking disclosures of infamy arouse within you for the perpetrators of these scandals. Remember that they too are very damaged individuals who are running scared, and justifiably so, and they need your Love, just like everybody else.
We are all One and there is only Love. Focusing on anything that is not in alignment or harmony with Love only serves to delay your awakening. Love is penetrating even what appear to be the hardest of hearts, because It is utterly irresistible. There is no one who is shielded from the field of divine Love that envelops you all, and however strong the intent to block out Love may be it is never strong enough. Love is infiltrating everyone on the planet, and therefore It is also infiltrating every organization on the planet, regardless of the reasons for which those organizations may have been established, and their resistance to Love’s power is being fatally undermined.
God is Love, and all of His divine creation is contained within Love’s infinite field which is eternal, limitless, and boundless. What you experience as unloving, unaccepting, repressive, destructive, crushing, and frightening is of the illusion – temporal – and therefore cannot and will not survive the gentle but persistent and overwhelming onslaught of Love.
Anything that is not in alignment with Love – and truly that is very, very little – is dissolving, dissipating, disintegrating, because your collective will and intent has ceased to support the illusion and the misery in which it has attempted to envelop you. It was a silly game which caused you much pain and suffering while you engaged with it, and now you have sensibly chosen to discard it. Without your constant support it cannot survive, because illusions demand the attention of those who would build and support them, and that attention is being very rapidly withdrawn.
Focus your attention on the wonderful and uplifting changes that are happening all across the world, because that strengthens your own energy fields and therefore the effects that they are having worldwide. Just keep reminding yourselves “We are all One!” And within that Oneness there is no room for anything that is not of Love because there is nothing real that is not of Love. Doing just that dissolves the illusion and brings all to awakening.

Posted on Feb 21, 2014
by cosmicgaia
in Jesus/Sananda/Yeshua (Jeshua), John Smallman
Leave a Comment

Thai Back Massage For Beginners – How To Give Face, Head & Neck Massage Asian Style 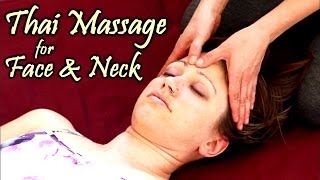