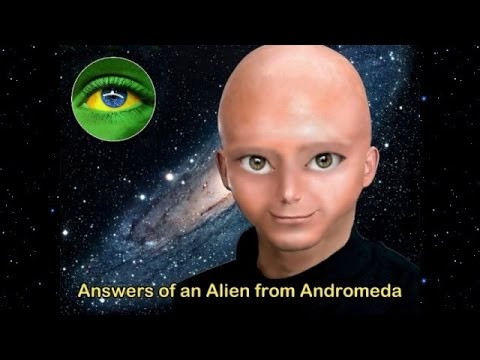 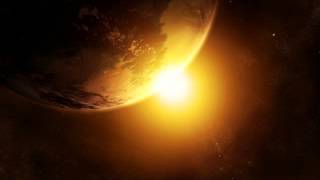 Posted on Aug 13, 2014
by cosmicgaia
in Galactic Federation, Sheldan Nidle
Leave a Comment

The re-calibration of the hearts codices has been completed. A new reality has indeed been instituted into the present incarnation of human beings on GAIA. A new reality has weaved itself into the matrix of human earth and a new phase of restructuring has begun. The new phase of comprehending the subtle energies. A new phase of telekinesis, has been ingrained into GAIA. Through the illusion of the veil of forgetfulness, the encodings have indeed been seeped into the reality structure of being. Allowing a varying degrees of “super human powers” to emerge from within the depths of your hearts. For the knowledge of “doing” has always been present in your subconscious, in the subatomic principles of your vehicles.

And so and thus by allowing the newly formed energies to fully bathe you in eternal understanding of informational decrees you shall be able to blossom into your true identities, withstanding all that may come, and much will. For as your newfound abilities are revealed to you, as you become comfortable with the new understanding of self, much shall shift not only within your own understanding and your own consciousness but of the entire human populace. And when such a shift occurs within your vessel, and within the vessels of those dwelling therein you shall discover a mirage of a reality of the past and a grounding of new principles by which humanity shall move into the next phase of this experiment.

And so the understanding of the operation of the human vehicle shall begin to emerge readily and fully into your realities. For the scientific principles on your present earthly planes, shall begin to catch up to the true potential of your vehicles. The experiments to hold the inert abilities of the heart scared until such time shall come, that the formula of life shall unfold before you.

Let it be known that you shall never experience time as you have in the past, for the time that you are experiencing will be filled with gaps, for blocks of time shall disappear from your existence, as previous historical events are purified utilizing your own energies and the energies of the cosmic gateways.

The subtle energies that were present with you always are revealing themselves, and letting themselves be known ever more strongly. Letting themselves materialize in your vicinity, in your vision, not only through your third eye, but are taking shape and form, and so it should come as no surprise that you are beginning to see objects manifest out of thing air and then seemingly disappear, light flashes, energy spheres, shadows. Some of you are experiencing audio signals coming from without, some of you are hearing echoes, some of you are hearing voices and information that is being directly spoken into your audio receptors, not through your third eye, not through your pineal gland, but through your actual physical human ears, as your vibrations rise further still, as your vibratory senses are activated thereby allowing this informational decree to flow your way through the ordinary means of communications, for you have indeed entered a new dimension!

And so communication is changing in your world, communication shall take on a new form, as it has already done so the years past, the future that your human earth is nearing is such as to allow new codices as to allow new technologies to quickly spur into existence. New technologies that will allow various computer generated devices to interact with our world, technology that will take place of the channelers that you now see before you for, through the technology your scientists will be able to connect direclty to the akash, directly to the source and receive and extract the information that they are looking for, in holographic formations. For all of you shall and already do have access to the Akasha, for all of you have direct link to the books of life of your own creation. For all of you already have a link and understanding of such informational decrees. Nevertheless the technology of which we speak shall make it easier for you to utilize such information.

The grids that are being merged with the new earth, and the portals that are being activated by many of you, are indeed activated in both such polarities, as the polarities of your known world become none existent, as the distance between yourselves becomes non existence, as you shall begin to feel the energies, the presence of various beings, and those whom you know to live in the physical reality who are not currently residing near you. For you will be able to understand, you will be able to feel, and sense their presence, as if they are standing beside you, for in truth, they are!

And so, and thus a new matrix, a new reality matrix is being birthed through your vehicles of time and space, through your psyche and through the lay lines of your very own bodies, and so we ask you to simply allow things to unfold as they are. To unfold and to welcome the new set of reality into your lives, for this change shall bring you ever closer to the true understanding of your being.

P.S. To help you on your journey I have written and published a book. It is now available for all of you in both hard copy and digital form. It is called “Mission To Earth – A Light workers guide to self mastery”. In it I explore topics such as: Why you are here and what you are doing on earth. How Starseeds get to earth to begin with. Why you feel the way you do. How to communicate with your guides. How to discover your life purpose. How to release everything and let it go. How to reprogram yourself in order to fully connect with your true essence. How to release old thinking patterns and institute a new reality into your life. How to change your life and make it what you want it to be, and most importantly how to find a link back HOME! There’s a lot more that I discuss in this book. I invite you to join me on this journey of self discovery as we explore together the “HOW”, the “WHY” and the “WHEN”. For more information please visit : http://sacredascensionmerkaba.wordpress.com/books/

~Anna Merkaba – Energy Healer- Channeler – Lightworker-Author. To book a Healing Session with Anna and for more channeled messages to help you on your journey to self discovery visit : Sacred Ascension – Key of Life – DISCOVER YOUR TRUE SELF THROUGH THE VIBRATIONAL MESSAGES FROM BEHIND THE VEIL –http://acredascensionmerkaba.wordpress.com/