terram novam: ▶ Cosmic Masters- Ralph M. Lewis, F.R.C. (WHO ARE THEY?) – MESSAGE FROM OUR SELF:::▶ Update From Galactic Federation.

▶ Cosmic Masters- Ralph M. Lewis, F.R.C. (WHO ARE THEY?) – MESSAGE FROM OUR SELF:::▶ Update From Galactic Federation 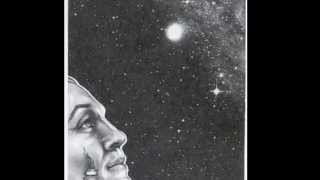 MESSAGE FROM OUR SELF

MESSAGE FROM OUR SELF
Greetings,

We are the higher frequency expressions of your Multidimensional SELF. We come into your consciousness now because we see you are ready to ascend. In fact, many of you have felt as though you are on the cusp of going somewhere, knowing something and/or experiencing a version of your SELF that you have forgotten over your myriad incarnations in the third dimension.

You can feel that expression of yourself, as well as the courage, dignity, power and unconditional love of that expression of your SELF, just beyond your reach. Of course, you have learned, finally, that reaching is a third dimensional paradigm. In the fifth dimensional paradigm you shift your reality, not by trying and working hard against resistance. On the fifth dimension you shift your reality by flowing in the current of multidimensional light and unconditional love, as you surrender to each and every situation that you meet/create.

Meeting/creating is the basis of the paradigm shift. In the third dimension, you meet, run into and wait for that which you WANT to experience. On the other hand, in a fifth dimensional reality, you follow, flow and surrender into each pattern that you Know YOU have created with your thoughts and emotions. From the fifth dimension you can observe your third/fourth dimensional expression trying NOT to try and fighting that moment of surrender. You are having this struggle, not because you are afraid, but because your third dimensional habits still dictate you behavior.

As you move into the fifth dimension, your every thought and emotion becomes manifest. In fact, that is occurring right now, but there is still enough left of “time” that you don’t always realize the connection between your thoughts/emotions and the reality that you have created. Now that you are on the very cusp of the fifth dimensional paradigm of reality, your thoughts and emotions are manifesting faster and faster. Hence, the time between thoughts/emotions and creations is closing.

Unfortunately, many of you have not, yet, become Masters of your Energy. Because of this, some of your thoughts and emotions are still fear (ego) based. Fear/ego based emotions encompass fear, anger, sorrow, rage, anxiety and depression. While the energy pattern of your consciousness still contains fear-based thoughts and emotions, you create a reality that is third/fourth dimensional because the resonance of your consciousness is too low to adhere to the fifth dimensional matrix.

Your resonance must match the resonate frequency of any given world in order for you to adhere your consciousness to the frequency patterns of that reality. Third dimension patterns are angular, separate and oppositional, whereas fifth dimensional energy patterns are flowing, united and circular. It is not possible for an angular state of consciousness to adhere and flow to a circular matrix? Also, “trying hard” to control your energy field will not work, for trying is a third dimensional behavior. You only try hard to do something it is because you doubt (fear) that you can easily do it. Think about it, if you know your can do something, you don’t try. You simply do it.

Those of us, you, who have worn a 3D earth vessel for myriad incarnation have forgotten the innate abilities that your earth vessel has hidden within its unused brain and turned-off DNA. Now, our Galactic light and unconditional love is turning-on this unused DNA and downloading and booting up your new Multidimensional Operating System. This System has lain latent in your human brain for millennia, but if you go back in your memory to the peak of Atlantis, you will remember how to use it.

You will also “remember” how to accept that your innate thinking is multidimensional. To think multidimensionally, you must release concepts that are bound by time, ego, separation, gender, polarity, opposition, as well as anything that is fear-based. The challenge is that in order to release all fear-based thoughts and emotions, you must be conscious of them before you can choose to refuse to participate in them. In other words, when you catch yourself in the midst of a fear-based thought or emotion you must recognize that it is, indeed, based on fear. You may think this is an easy task, but it is not. Fear has become such an entragal part of your third dimensional life, that most of it goes unnoticed.

In fact, consciously identifying any form of fear can only occur when you are NOT trapped in the 3D Game. As you have all experienced, it is not difficult to recognize fear when you are in a high state of consciousness. For one thing, the juxtaposition between the unconditional love of your higher consciousness and fear is very obvious. Furthermore, when you are experiencing unconditional love, it is a simple task to release fear by unconditionally forgiving yourself for experiencing it. Unfortunately, you only have a few of your “minutes” to become conscious of your fear, as the fear will release adrenalin into your system, which will lower your consciousness into the third/fourth dimension.

Once your consciousness has returned to the resonance of your 3D reality, it is very difficult to unconditionally love yourself free of fear. In fact, once in a state of third dimensional consciousness, you are more likely to judge yourself for having fear and to become angry (fear-based) at your self for “doing it AGAIN.” We, your higher expressions of SELF, understand your quandary. Once you return to the habit of being third dimensional, fear and self-judgment are the first to meet you. Because of this problem, we wish to give you a “leg-up” into the next resonance of your journey.

We, who are actually YOU at a higher frequency of resonance, are lowering our resonance to meet you in-between that which you can almost feel and that which you are living. We know that you cannot feel our presence when you are trapped in fear, work, conflict, time, loneliness and other third dimensional experiences. However, within the very second that you can release yourself from this trap we will step-into your consciousness. You may wonder how we can step-into you. Therefore, we will answer that question. We can step-into you because you have given us permission to do so.

Since Earth is still a free-will planet, you must give us, who are actually you, permission to step directly into your consciousness at the very second that you identify and release all expressions of fear.Therefore:

· Take a moment and give us that permission NOW…
· FEEL our presence just before you…
· How do we appear to you?
· How do you see us?
· How do your hear us?
· Reach out and touch us…
· Allow your aura to expand to meet ours…
· Open your heart and mind to experience our unconditional love…
· Surrender to that feeling of unconditional love and multidimensional light…
· Fall into the Flow of our (your higher) Being…
· As we Step-Into YOU…

Only fear, and its best friend self-doubt, can interfere with this process. Remember, the “right way” to do this is “Your way.” YOU are your Path of Ascension. YOU are the Portal to your Ascension.

The 97% DNA that is now being turned-on by the incoming light and love is filled with miniature wormholes into the multidimensional world that has eluded your conscious perception. Additionally, your Multidimensional Operating System is being connected to and over-riding your Third Dimensional Operating System every time you Surrender to your higher frequency of SELF. Remember, you cannot attach, connect, or forge ahead into your fifth dimensional SELF, for those are third dimensional actions. Instead, you employ the fifth dimensional actions of accepting, merging with and falling into your higher frequency expression of SELF.

In this manner, you can become ONE with the feeling, reality, expectation that seems so close and yet do far. Fortunately, close and far are third dimensional terms, which are becoming increasingly obsolete. Other things are, also, becoming obsolete in your reality such as worry, darkness, fear, money, work, wars, taxes, restriction and much, much more.
·
Can you BELIEVE that these third dimensional experiences are leaving your reality?
· Can you take the risk to BELIEVE that everything that you have felt inside your higher states of consciousness is REAL?
· Can your BELIEVE that the third dimension is an illusion, a holographic projection?

You have read or heard these promises from others, and manly of you have also heard these words, impressions and images inside your SELF. NOW, in order, to surrender into that which we see you SO deeply desire, that which you are ready to experience, you must BELIEVE that it is real.

How could you step-into an illusion? Actually, the answer to that question is quite simple, for that is the basis of your third dimensional reality. For myriad lifetimes you have volunteered to flow-out a version of your true, Multidimensional SELF to step-into a third dimensional world based on the illusions of time, polarity, separation and limitation. Gaia’s third dimensional version of Earth is graduating into Her Higher Expressions now. Gaia wants you all to join Her, but She cannot wait much longer for your decision to surrender. The cosmic energy field that is sufficient to “take Her Home,” is on the HERE NOW.

You are feeling a sense of urgency and a need to become, but you may not be sure about what you will become. Therefore, you must surrender to that which is unknown to your third dimensional self, but well known to your Multidimensional SELF. Your higher expression of SELF has logged in-to and out-of myriad realities and has had many experiences of ascension. Therefore, you do not need to learn anything. You only need to consciously connect to your Multidimensional Operating System, so that you can remember your SELF NOW!

(After writing the above, I watched the end of a Star Trek – Deep Space Nine show, which I had fallen asleep to last night. The show was about imagination and how things they imagined came true. They became frightened by the experience, first a small fear, then a larger fear and finally a fear that their entire star system would be destroyed. The problem was that they did not know that they were imagining anything. Finally, the Commander figured it out and told everyone to imagine that everything was back to normal, which worked. In the closing scene, one of the people they thought they had imagined turned out to be a very advanced being who was, in fact, exploring human’s power of imagination. It turned out that the Commander had imagined everything. So who is the Commander of your imagination?) 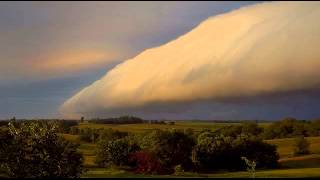