By annamerkaba on May 12, 2014
There are Halls of Records yet to be found that contain vast stores of information, including world histories. Although Edgar spoke of these as being in three separate locations, and predicted that they would be revealed prior to the new millennium, they have still not yet been discovered.
The comprehensive records of Atlantis are contained in holographic data recorded within ‘Max’. Yet the retrieval technology of this data is not yet available to you. In the future you will develop crystalline receivers that are capable of playing back in 3-dimensional holograms the data therein, but this advance lies some way ahead.
—-
A friend of mine has pointed me to this article and I thought to share it with all of you here. I found it fascinating, each word rang incredibly true to me, as if I was clearly seeing it, remembering it, being there and knowing! Hope this rings true for you as well 🙂 ❤
Written portions of the original Atla-Ra calendar, which became known as ‘the Mayan calendar’, were lost, not only because of the depredations of time, but were further dissipated by various interpretations, since it was first brought into the lands of the Yucatan. The full information is still retained within the 13th Crystal Skull, known as ‘Max’.

There are Halls of Records yet to be found that contain vast stores of information, including world histories. Although Edgar spoke of these as being in three separate locations, and predicted that they would be revealed prior to the new millennium, they have still not yet been discovered.
The comprehensive records of Atlantis are contained in holographic data recorded within ‘Max’. Yet the retrieval technology of this data is not yet available to you. In the future you will develop crystalline receivers that are capable of playing back in 3-dimensional holograms the data therein, but this advance lies some way ahead.
Just as you now store information in computers through digital files, and no longer transcribe lengthy text on paper, the Atlantean historians stored such information using crystal technology. Max is of Pleiadean and Arcturan construct and origin. He is a vast consciousness, akin to a super computer, with a huge library of data contained therein. He is the most powerful, most conscious of all of the remaining ancient crystal skulls.
Within Max are the complete records of not only the original Mayan calendar, but the complete history of the Earth and of humanity – and beyond. The original crystal skulls came from another world, another reality. They are the prototype of perfect human consciousness, the perfection of the human being, encompassing all his aspects and potentialities. That was their prime purpose, and why they were brought here.
Originally the crystalline skulls were brought to Earth from Arcturus and the Pleiades, and to the land that became LeMuria, but the original model arrived before the planet was fully in polarity. It was brought into the planet at the time of the Firmament you see, in a zero point Earth, a non-magnetic plane we will say. In an Earthen World that knew perfection, that was inhabited by an androgynous manifestation of Etheric Spirit in full consciousness.
Yet even then it was already known that the Firmament would fall, would dissolve, and the plan then was that this model, this extraordinary holographic record, the original crystal skull, would serve as the prototype of this initial integral aspect. And so it contains within it the model of the 12 strands of DNA, the fully-conscious mind and being of the evolved human.

The crystal skulls contain within them all that you were before the human experiment, and all that you will be when you complete it, the infinity circle.
They were manifested into form above and beyond physicality, and have been brought into physicality at various times. As such, no true age can be assigned to them, because they have appeared, disappeared and reappeared many times in the millions of years of Earth’s habitation by mankind.
Max is not of the Earth. His origin is the Pleiades, but his construction was more of the Arcturian Crystal Masters.
Question:
Obviously the Mayans knew that their own society would decline and disappear. How did they protect their knowledge, and where did they go when their civilisation started to dissolve?

THE ANKH DISC – KEY OF LIFE – What this tool does is aligns you with your own self helping you to experience LIFE here on earth and integrating your etheric self. This tool is known for activating the sacral chakra and releasing all the negativity in regards to intimacy and sex that is stored in your body, but not only this, but so much more. It also activates your PSYCHIC abilities, working on the sacral chakra allowing you to become sensual and be able to attune yourself to the needs of others. Helping you in building strong relationships with others.
Archangel Metatron:
As already stated, the full records are available in the 13th, via Max. Max is an extraterrestrial Crystal Skull, a vast conscious crystal computer, and was/is the ‘living data archive’ used for storage of the complete information of the calendar. There are other such libraries, but Max is the only one on the Earth plane at present in the ‘cranium format’. The crystal skulls contain within them that which you were before the human experiment, and what you will be when you complete it – the infinity circle.
The Atlanteans worked with the original crystals skulls, the most important of which, the 13th, contains the full energy of the other 12, and was safe- guarded by the High Priest of the Mayans.
The 13th skull not only gave access to the higher dimensions, it was anincomparable source of information and data relevant to the Mayans, as it contained information regarding the complete calendar, the complete map of the Cosmos as related to Sirius, Orion, Pleiades, Arcturus and beyond. It also contained the Laws of Physics for each dimension, and the cyclic codes.
This conscious recorder, the crystalline cranium, is an immense databank and an invaluable tool. Certain High Priests of the Mayans, with Sirian assistance, maintained the knowledge of how to ‘read’ it. It existed for them in a dimension that may be termed semi-physical, and was manifested through theta level thought. Within this crystalline, conscious computer, Max, are the codes for the reprogramming of the Earth. That is why it is in a manifested form in the present time.
The crystalline skull was solidified and programmed in a most complex manner. It is imbued with the divine aspect of the soul when it enters the Earth’s ambit from the unified field. In a manner of speaking it is the pattern recorded into the God Self, the Subconscious or super subconscious of the human mind. The perfected man, not the version of what Man would later become in the downward spiral of human experience, but rather as the original model to which Man aspires, and gradually returns to his original, flawless archetype.
Max is one of two skulls that are truly extraterrestrial in origin. The other is ‘Sha Na Ra’. Both originate from the moon of an enormous planet, some twenty times the size of Jupiter, circulating Arcturus, the orange star of creativity.
Hence the interest that surrounds the skulls is rapidly increasing with the coming of the Ascension, and mankind’s desire to better understand himself, and to reject whatever no longer serves humankind. Systems that no longer work in both macro and micro are collapsing, and will reform themselves. To put it another way, mankind is rebooting, just as is the Earth herself.
The knowledge of the universal Mind exists above and beyond the Crystal Skull; yet the universal Mind is encompassed and zipped within it, in a way that benefits mankind. The knowledge within it is available for human access.
Source: http://iaminow.wordpress.com/
~Anna Merkaba – Distant Energy Healer- Channeler – Lightworker. To book a Healing or Pychic Session with Anna and for more channeled messages to help you on your journey to self discovery visit : Sacred Ascension – Key of Life – DISCOVER YOUR TRUE SELF THROUGH THE VIBRATIONAL MESSAGES FROM BEHIND THE VEIL–http://sacredascensionmerkaba.wordpress.com/
* * *
traducir  /Translate / Vertaal /  ♪ → → → ► → → →
Terjemahan/μεταφράζω / übersetzen / ♪ → → → ► → → →
переводити/Traduire/ переводить ♪ → → → → → → ►
překládat / ترجم / לתרגם   /   翻訳する / 翻译
***
▶ Galactic Federation of Light Sheldan Nidle May-13-2013 – YouTube 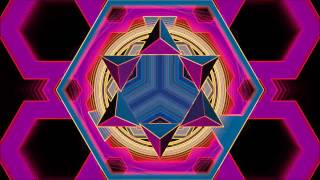