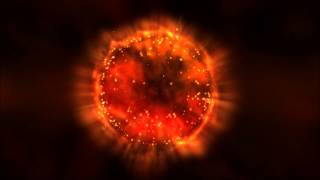 And so, as the hearts of so many shall open, the hearts of so many shall embrace the new world, and a such, and thus, it is of utmost importance for ALL of YOU – The Ground Crew, to remain in balance, remain in balance dear children of light, for the road ahead is turbulent indeed. Remain in balance for the light that you bring forth into this world is emanating tri fold. For you are as a prism that is transporting the light into the known world. For you are that which has brought into this universe the new knowledge and understanding of self. The new knowledge and understanding of that which has come and that

be. For the mathematical equation of Pi, and E=MC2 shall play a very important role in the days to come. For that which does not exists to the human mind, shall indeed be revealed. For the humanity shall once and for all see with their very own eyes, that indeed it is so, that they are not alone, they are not alone it the galaxy, that they are not alone in the universe, they are not alone.
The wonder of life, shall unfold before all children of their creator selves. The wonder of the beautiful creation you call Mother GAIA. For indeed it is so. And a such, many questions shall arise, and many shall cry to the heavens for explanation, for their ideals and their understanding of self, shall vanish, and all shall be erased, for they will stand in awe and wonder and trepidation, stripped completely naked to the core of their hearts. And only the beautiful melody of truth shall ring in their ears.
And when such an event occurs, know that much chaos shall unfold, and as such, you shall be the ones to embrace the lost souls, you shall be ones to show them the way, you shall be the ones to honor and protect them, to respect that which they are going through and assist them in further rediscovery of themselves and their link to the universe en large.
For that which they shall see, for that which they shall hear, for that which they shall sense, will frighten them to the core. For most it shall be occur in private, in the privacy of their chambers, for some it shall occur in the open fields of their imaginations. For others it shall occur in the vast cosmic alliances and yet for the rest it shall be  revealed and brought through the television screens, through the computer screens, through all the media of your known world. And so. And thus, the preparation is near, the preparations of the galactic history that will open the gate and unfold a new plan for the new millennium, a new plan for humanity a new plan for all that is.
Stay in the light dearly beloveds, stay in the light knowing that we are standing by you. Know that you are loved beyond measure by the universe, by the source and all that is. Understand that you are the ones in command, that you are the ones that have taken it upon yourselves to walk foot in foot and hand in hand with humanity. Know that you are, the guardians of earthlings, for you are their guides, you are their way showers, you are their support team. Understand that although the road will be lengthy it will be a fruitful one indeed!
That is all that we have for you now. We love you. We are with you. Goodbye for now.

PERSONAL NOTE: From what I am feeling and seeing, the events are going to begin on the 15th and continue all through the blood moons, all the way through next year and beyond. What we are reaching is a turning point, from which we are finally going to see rapid changes. Not that we haven’t, as we truly have! This year alone has  brought tremendous amount of changes! But now things are going to accelerate! Much of the darkness will be contained and balanced out. Much of what has been destroyed reconstructed, and built all over again. A lot of our lost history will finally begin to be “leaked” into the news. Scientists will confirm a lot more of what we are all talking about and already know. NASA will “leak” various images proving the existence of our Galactic Family. Spiritually people will awaken en mass, and begin to re-evaluate the way that they treat each other. We are ALL going to be affected. And although at times it might seem like a bumpy road, we should always remember that that is exactly what it is, turbulence in a plane, just something we need to get through, and that sometimes the plane must fly lower to the ground in order to continue its flight. All in all everything is looking incredibly bright and beautiful! 🙂 We have a A LOT OF wonder to look forward to!!!! 🙂 We’re entering, well have already entered into very exciting times. 🙂

I also want to draw your attention to a few things. As I was pointed to this by my guides 🙂 A channeling that I have received this past summer from AA Metatron. It was incredibly powerful and I didn’t know exactly what it meant, now with the blood moons, and the Passover and all the things coming up everything’s making perfect sense. Once again this is all POSITIVE!!! So treat it as such 🙂 ❤
As the Vitruvian Man spins in the dreidel (Spinning in Merkaba) of life force, so too does the earth spin in the direction of the sun. And so comes a moment in time, when all becomes crystal clear. Just as the reality of the truth of the ONE standing before you, for just as the truth has been put through the eye of the beholder, so too shall the RISING ENERGIES of the NEWBORN SUN fill the sky with envious glory.
Glory of the one who has come to liberate mankind from the grips of fear and misunderstanding!
For the newborn SUN, the SON of the GODS, brings with it NEW EARTH to those who seek it through the ages, through and through.
And so, it stands in your sky facing the wailing wall of Jerusalem – City of Man – City of God. For ALL is God’s glory. For all is God’s will.
And as the wall parts, so too shall the risen ones remain, while the Old falls away into the eternal abyss, and history of mankind shall change forever.
Shine your light dear ones for the moment of your glory has come! For the children of IS-(RA)-EL (IS = mother, Ra=Father, El = God) sing again, a beautiful song of love, light and eternal devotion to the ONE, the SOURCE of ALL THAT IS – which is … THEIR HEARTS!
REJOICE!
For the moment is here!
Rejoice!
For your cries have been heard!
Rejoice!
For all is unfolding as it should.

Carry your light and stay strong! For we are with you always!
We love you. We are with you. Goodbye for now.
P.S. I have received this transmission from Metatron a few days ago. He wants each one of us to decipher the meaning for our own selves. Based on the information that I have been receiving from the Galactics & AA’s, the meaning is clear – We’re headed towards some major POSITIVE changes. However, please read through it and post below what you felt while reading this, what do each one of you think Metatron means by this. I put some hints that I have received from AA’s. The rest is up to you to decide.
After the magnetic shift of the poles in the SUN – When the Sun shifts it’s poles – NEW SUPER CHARGED Energy is going to hit earth. This should happen in 3 weeks to – 2 months from now and fully complete in 4 – 6 months. (this is from a channeling which was posted in the summer, so we’re already at the end of this phase and beginning of the new one 🙂
Vitruvian Man – “One can describe the human body as a tool used by the harmonious action between the high and low chakras and combining them. Beautifully realized that Leonardo da Vinci, when placed the human body in Star of David (try to imagine a human figure, head, and hands and feet slices in a pattern Star of David). Human nature, then, is to combine the spiritual world and the material world. Know how to find a higher purpose and insights in every daily action, but also know to express spiritual messages that he receives in a physical way. We live in a world where the only possible connection between the physical and spiritual world and our essence in this life is to create the connection. On the one hand not only be spiritual and yet was not only physical, but the ability to live everyday with the information that we do receive in a spiritual essence.” (.utaot.com).

Also I want to draw your attention to the following I saw posted on Facebook by Pamela Johnson…
The FULL BLOOD MOON LUNAR ECLIPSE is at 7:07 UTC on April 15th when the eclipse is the fullest. For the USA, that is 12:07am PT and 3:07am EDT. For me, it is 1:07am, the exact time I was born! This is also the evening of the first day ofPassover. The moon will BE at the horizon on the East and Arcturus will BE shining so bright up and to the left of the moon. I have added a visibility map in the top comment.
This is the first of a series of four Blood Moons in 2014/2015. It is called a Tetrad. There have been many prophecies of the Return of the Christ on the Blood Moon. Of course WE Know this refers to Christ Consciousness. This Tetrad of 4 Blood Moons has only happened 7 times since the birth of Jesus. Many have waited for the Return of the Christ in the past during these occurrences. This is the One!
For millennia, a rare celestial event known as the “Blood Moon Tetrad” has coincided with periods of monumental change affecting the Holy Land and ultimately the world.
“And I will show wonders in the heavens, and in the earth, blood and fire and pillars of smoke. The sun shall be turned into darkness, and the moon into blood, before the coming of the great and awesome day of the Lord.” Joel 2:30-31 p.

I have received two visions in the last week. The first was about the Blood Moon on the 15th. The second was about the sky going so black you cannot see and the Earth stops moving for about 3 minutes. In this 2nd vision, it is an unexpected event and seems to occur before the Blood Moon.

And finally I want to draw your attention to this video:

~Anna Merkaba – Distant Energy Healer- Channeler – Lightworker. To book a Healing or Pychic Session with Anna and for more channeled messages to help you on your journey to self discovery visit : Sacred Ascension – Key of Life – DISCOVER YOUR TRUE SELF THROUGH THE VIBRATIONAL MESSAGES FROM BEHIND THE VEIL –https://sacredascensionmerkaba.wordpress.com/