– Sorry for the delay this time, but actually were very busy outside the galaxy.

Mythi you are welcome. Some friends ask, many nuclear power plants generating electricity are still in operation, there was a deadline for disabling them in September, something has changed?

– Yes, on the occasion of several natural disasters that have happened and the great reduction of the coma of Comet Elenin, the Community Galactica stretched the deadline for the end of October. Some plants are already having trouble getting help for the neutralization of its nucleus by Pleiadeans.

These lights filmed over Fukushima, the probes are acting in the reactors for shutdown. Your media will not publish anything about it because they would not have to give any explanation about this procedure alien to the public since it does not officially exist.

What is happening to the comet Elenin? It’s really broken in two? He is on course, and the dates? – Elenin is slowing a bit, now by having to overcome the magnetic force of the sun in order to escape its influence. See, the intention of Krulians was not to destroy the comet, but rather, “clean up” his coma and trail, removing all the larger asteroids and meteors, leaving it with less waste and gases in order to lessen the effects of its passage by the system. Its nucleus broke into two parts, one smaller and one larger, which are glued together like two magnets because the electro-magnetic gravitational force is very strong in a massive and dense core like that. As I said, it will align with the Earth and sun in the days 24/25/26 September and will pass closest to Earth on October 17. After that, the Earth will be passing by his trail and will be subject to the bombardment of meteors during the entire month of November. How will smaller rocks, your atmosphere will be responsible for protecting the surface but most of the thousands of artificial parts that you have in orbit should be eliminated. There will be interaction of tectonic and volcanic activity increased from the end of September and the months of October, November and December, as well as a large incidence of solar activity. You will remember it in the sky as the Blue Kachina.

Many are saying that the Elenin is actually a spaceship, something sent or directed us to communicate this event or to bring us knowledge, and this is justified?

– No, it’s not a spaceship, it’s just a comet. The spacecraft detected by you, is that of Krulians who is closely following the comet, which may possibly participate in legacy technology, like all others who participate in the assistance to this colony. Everything will be done in time.

Mythi, many astronomers and astrophysicists say there is no a Dwarf Star or Red Kachina, claims not to be enough changes in the orbits of the planets that can signal its proximity. What you say about that?

– Well, I’m not an astrophysicist, but I know there are already changes in the elliptical orbits and then all the previous references that you have in your databases and programs will have to be changed. In just over a month you will have much strange news, if they want to give you. Your amateur astronomers may notice these changes with ease. Saturn has tilted its axis of rotation, all the planets and their moons are already suffering from orbital changes. During October these changes will be more evident in proportion to the final approach from Dwarf Star. When she arrives in early November, at a distance enough to break the inertia of current standards, all orbits will realign and everything will be different. During the first quarter of 2012 the solar system will be returning gradually to a new point of gravitational balance, after the Dwarf Star leaves the system returning to outer space. Many strange things will happen in these final months of the year, many effects of cosmic radiation will cause visual effects in your atmosphere, and the moon may show the “dark side” for a few occasions since his off-center core may be forced to face mills the Dwarf Star during this passage. This Dwarf Star is a little sun faded, has approx. 180,000 km in diameter, 3.4 times the mass of Jupiter, orbiting planetoids has six, and dozens of smaller asteroids. It is a binary star system with your sun. Your astronomers know exactly how and what it is. I hope it is increasingly clear that matter to you. This will be an exciting experience for your astronomers and astrophysicists for sure.

Mythi, some friends, mathematicians and engineers asks, what is the primary base integer you use for calculations? Base ten does not seem like the most logical choice for dealing with universal calculations. Is your mathematics straight forward or more of a higher understanding of the influx of variables that are acting?

– Friends, mathematics and trigonometry are a constant in the life of the third dimension. Everything is based on the primordial forms. As for the calculations, when using brain waves to try to get a result, these waves “create”

the solution to the problem without you having to develop numerical calculations themselves, these are metaphysical type processes. Solutions “quantum” can travel in the opposite direction, that is, the result you have “intended” and from there find the variables that can take you to get that desired result. All flow calculation is subliminal, as an analog simulation. When a conclusion is quantified by this process can be transformed into units of measurement or digital signals of any kind, it’s just a matter of adapting to the environment where this solution will be implemented and the materials available for specific projects.

Mythi, some friends are asking about the rescue operation.

– Friends, rescue operations and support to people after the events shall be permitted and executed, you can be aware of it. The contact with other civilizations is inevitable and necessary for the implementation of a new society level one; will be a great world to live. Do not listen to information from alien attacks, you simply no longer exist if it were true then, have faith and trust in the creator of all this because after all he put us sharing this universe with a view to harmony and increasing the level of awareness among all beings .

Problems will always exist because the third dimension is a local of development from scratch of social conscience, and it is the duty of every humanoid reaching the level “one” of frequency, fighting for the welfare of all the lower colonies, even though some of them still try to bite you out instead of talking. One day he will become one good brother.

Friends, I know that you will become a very special breed in our context because you have the admiration of several races that follow your fight for survival these past thousands of years. This forged spirits more prepared and more able to cope with situations in which the vast majority of the races has not passed in its development. All the suffering caused by low spirits that ruled the colony from its inception, provided a race to the universe who knows, maybe more than others, strive to achieve happiness and harmony. I’m very proud of you and to collaborate with this small contribution, at least have made some friends with whom I will be more connected from now on because this is a breed that may sow harmony and the philosophical ideas to help a endless number of new colonies across the universe to achieve balance without going through the known errors committed here. Every parent wants their children suffer less from what he suffered but the children have free will and usually hit the head to learn despite the paternal advice. You will be excellent mentors and notable partners in a few years of living with your new friends humanoids. Will be good “new times” for planet Earth.

See you in a few days to keep the information up to date. 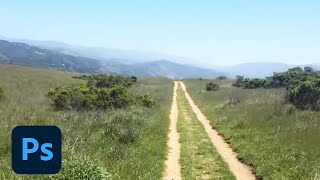 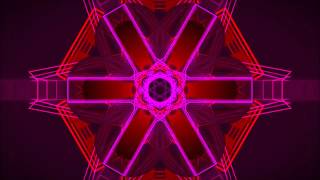 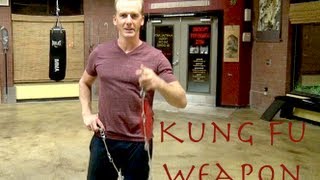 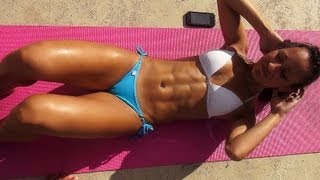 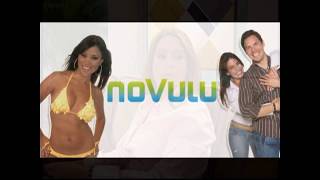 Without the effort of having to compare and contrast “separate” polarities, it is quite simple to find the location of the FLOW. The FLOW is the place of the least resistance, the resonance where the photons and electrons can most easily travel the path cut by the torsion waves.
These torsion waves arise from the Black Hole in the Galactic Center and travel out into our Galaxy in cycles that enlarge exponentially.
Much like a great river begins as a small stream, the Flow of the torsion waves begins as a particle at the Source and finds it way through the Black Hole and into this Galaxy, where it cycles into your reality in exponentially increasing cycles. Then, a particle of these cycles enters your crown chakra, feminine/inflow, and integrates into your personal/planetary body with the magnetic field of your gratitude.
This Flow again expands exponentially as you ground it into the planet, then bring it back into your heart.
Then, using the power of your male/outflow energy, you can project this grounded blend of personal/planetary energies of transformational light out from your heart in ever expanding cycles into your physical environment.
In this manner, you serve as a step-down transformer, and as Keepers of the Land, Humanity, in conjunction with the Keepers of the Water, Cetaceans.
The Cetacean Keepers also collect the Flow of torsion waves in their crown chakra, integrate it into their personal and planetary bodies with their gratitude, and then project it out again with their masculine/outflow.
The feminine/inflow energy collects the Flow, then uses the energy of the masculine/outflow to project the waves into the three dimensional matrix to assist in the process of transmutation of matter back into its higher expression of SELF/Light.
From Journey through the Arcturian Corridor II
Posted 23rd October 2011 by Shanti
Follow obassi2011 on WordPress.com